This article appears in the February Issue of Reflections and Connections 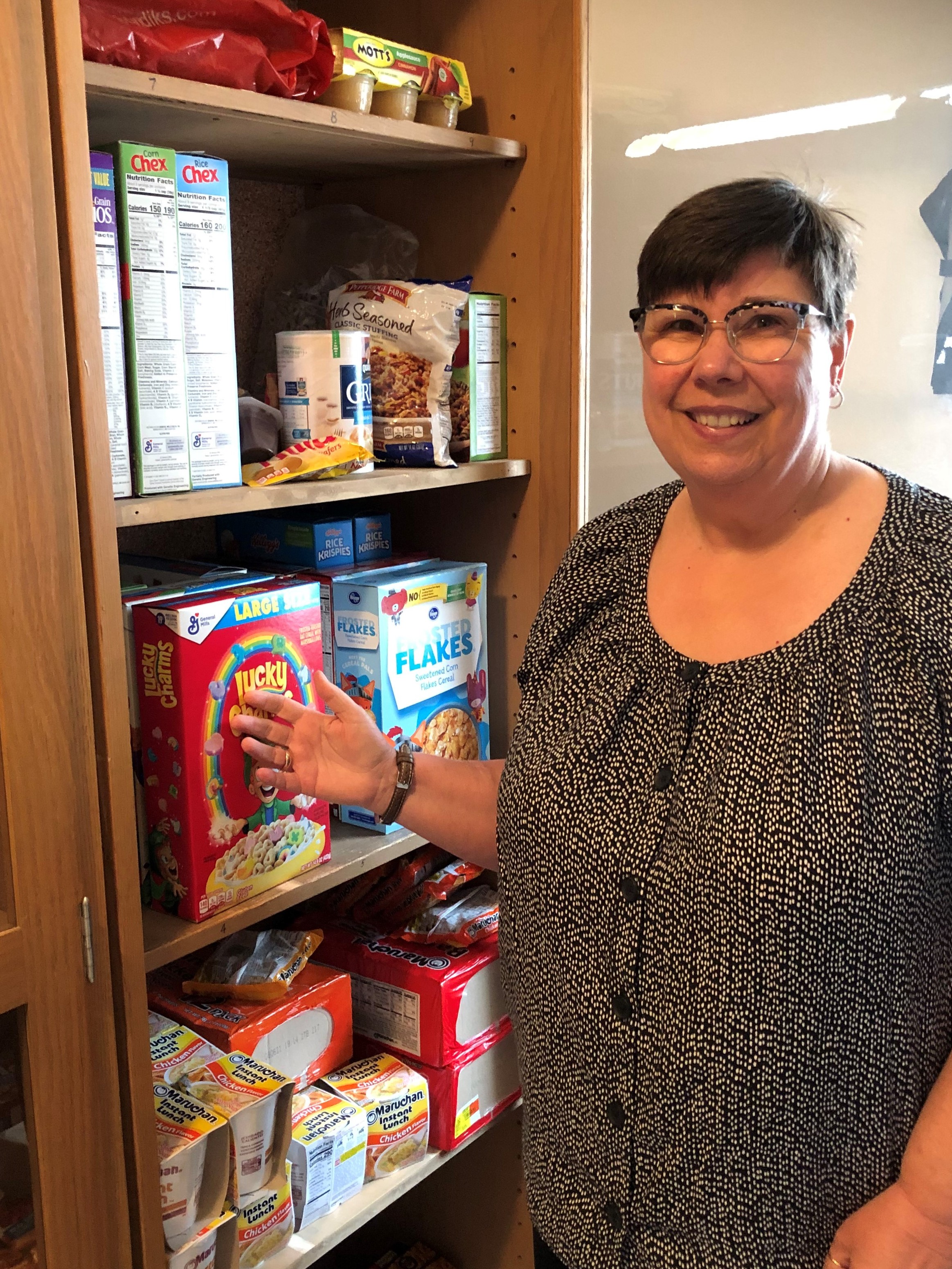 The Mother Agnes Pantry, found in the campus ministry building at Marian University, takes its name from one of the Founders of the Sisters of St. Agnes and the first General Superior of the Congregation. Mother Agnes is rarely referenced without the phrase “courageous initiatives,” because she was willing to take action when she saw a need. In the case of the Mother Agnes Pantry, Sister Edie Crews saw that Marian students were in need, so she too took action.

The pantry opened in January 2018 and has since served more than 200 students of all backgrounds to meet their needs for food or personal hygiene items. While use of the pantry has increased steadily over the course of two years, Sister Edie indicated that the current school year has seen a rapid increase. “There was definitely a spike at the beginning of fall 2020 semester with more than 25 people accessing the food pantry when they couldn’t make ends meet,” said Sister Edie. She noted that her biggest increase came from students off campus who did not have meal plans and from students with families.

As supplies began running low, Sister Edie reached out to the Sisters of St. Agnes and Associates to help replenish food and personal hygiene supplies. In addition to these items, some sisters also donated masks and hand sanitizer, which were the sole request of several of the students who came to the pantry.

The Mother Agnes Pantry accepts donations of non-perishable food items at the Marian campus ministry building during regular business hours. Alternatively, donating gift cards for local grocery stores allows Sister Edie to replenish the pantry with perishable foods or items that are running low or are in high demand.

Marian University is sponsored by the Congregation of Sisters of St. Agnes.