Donated supplies greatly appreciated
A donation of shelving was received, which was greatly needed and quickly assembled. Volunteers and guests assembled the shelves, while speaking Spanish or English. Shelving was distributed to the kitchen, clothing supply, linen supply, clinic, pantry, and diaper room. There was a sense of accomplishment that the supply areas were more functional. A women’s group supplied and cooked an entire meal of spaghetti and salad for 80 guests and volunteers. We appreciated the change of menu from the usual beans and rice. Civic, religious, and church groups donate or pay for undergarments, socks, and shoelaces. The local folks seem to be supportive and caring for those entering their community and the crises from which they are running.

Donor information is on the website for both monetary and supplies to be shipped. www.annunciationhouse.org.

Departure
As I prepare to depart after two weeks of ministry with migrants, more volunteers are arriving: members from various religious communities, former missionaries and Peace Corps members, young and energetic adults fluent in Spanish, and local church, restaurants, and civic groups.

“The Lord sent me to bring glad tidings to the poor, to proclaim liberty to captives,” — Luke 4:18. My effort is joined by countless others who volunteer, donate, and serve in response to the crisis of refugees and migrants, who fled hatred, violence, and misery. Inspired people are offering hospitality, care, and support to immigrants, the lonely, and newcomers.

“We, the Sisters of St. Agnes, participate in the mission of Christ by joyful service, in the Church, always aware that we, too, are among the needy and are enriched by those we serve.” — CSA Mission Statement

I have been privileged, challenged, informed, troubled, and inspired by my ministry at the border of both McAllen and El Paso, Texas.

Tags: donations
1 comment
Jane Kahl Olson says:
Hello Sister, Thank you for sharing your stories here and for your service to these immigrants. 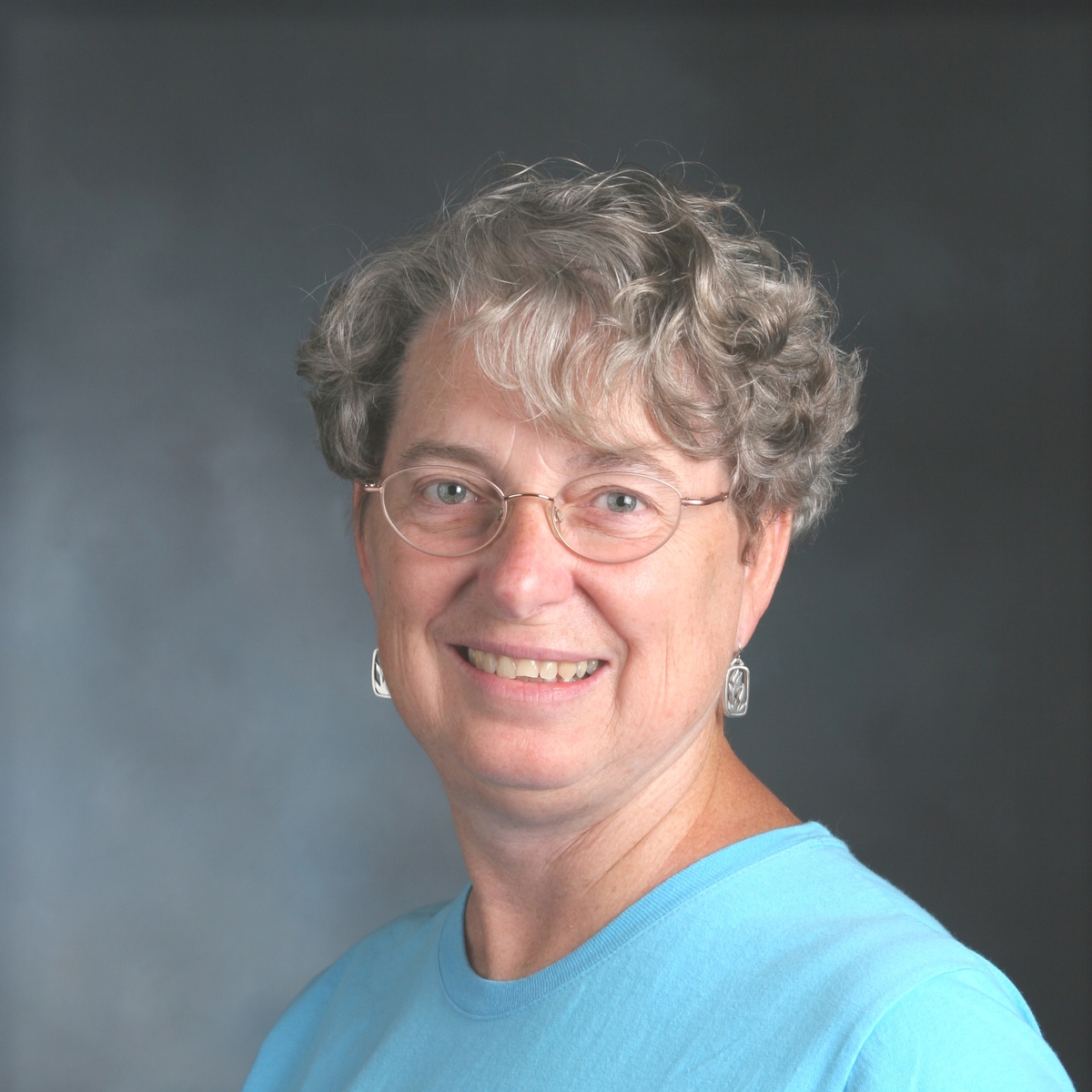 It is Friday, March 15, and this is my day off.  A week ago today I arrived in El Paso and what a week it’s been!  I’m glad for the time to rest and reflect on all that has transpired.

The United Nations Convention against Torture and Other Cruel, Inhuman and Degrading Treatment or Punishment (commonly known as the United Nations Convention against Torture (UNCAT)) is an international human rights treaty, under the review of the United Nations which aims to prevent torture and other acts of cruel, inhuman, and degrading treatment or punishment around the world.  UNCAT was adopted by the United Nations in 1984 and, following ratification by the 20th state, came into force.  It was effective June 26, 1987.  The Optional Protocol to the Convention described above, adopted by the General Assembly in December 2002 and in force since June 2006 provides for the establishment of a system of regular visits undertaken by independent international and national bodies to places were people are deprived of their liberty in order to prevent torture and other cruel, inhuman, or degrading treatment.  The United States signed UNCAT in April of 1985.  The U.S. is not party to the 2002 Optional Protocol.

With that backdrop, let me elaborate a bit more on what the people from other countries, entering primarily through legal ports of entry with the desired purpose of seeking asylum, are experiencing. They are taken to detention centers run by Immigration and Customs Enforcement (ICE).  As noted in the first posting, all their possessions, except the clothes on their backs, are confiscated and, in their presence, discarded. This includes the removal of a hat from a 5-month old baby girl! They are then escorted to rooms where they are given aluminum-like blankets for coverings. They sleep on cement floors in a room they call a “nevera” (icebox) because it is always very cold as iceboxes usually tend to be. They receive two meals a day which consist of a sandwich with one slice of ham in it. They remain in these conditions until they are released. Prior to their release, the adults are fitted with a large, black anklet that monitors their movements. (I will say more about that, including a picture, in the next posting). Their detention can be from 3-5 days as the ICE personnel make contact with the individuals in the United States as to who will be paying for their travel to their homes. The guests, the name we use to describe the people who come to the refugee homes, tell us the ICE staff try calling only once a day which increases their length of stay in the “nevera."

A local physician was recently interviewed on NPR and his article appeared in the New York Times. He and some of his colleagues have repeatedly tried to get access to the detention facilities to see and care for the children. They have been unable to gain access.  What they encounter, when meeting the refugees once they are freed from detention and able to travel to their families, tells the story. Almost all of the detainees have swollen, reddened, chapped, and, in some instances, bleeding lips from the cold. The younger children have coughs, running noses, and low-grade fevers. The detainee parents tell us their children were healthy when they arrived at the border because they ensured the children received adequate nutrition, rest, and care.  It was the detention in the “nevera” that precipitated their health crisis.  What confusion and fear this kind of treatment must engender in the children.  What helplessness the parents must feel at being unable to offer warmth and assurance.  How does this treatment, in your opinion, relate to the Convention?  What conclusions do you draw?

When the detainees arrive at the Casa Oscar Romero house, they are assured they are “free” and able to travel to their families and that we will facilitate that experience. It is the privilege and heartache of a lifetime to sit in the room and witness their conversations with family members. The elation at talking to someone familiar; terrors related to the rigor of the trip from their home countries; their astonishment that the greatest country in the world would treat them so shabbily. The range of human emotions, that we volunteers witness, is humbling.

The “guests” look quite downtrodden and the children are “plastered” to their parents’ sides upon arrival. After eating, showering, and putting on clean clothes their affect begins to lighten. The children begin to interact with each other and appear to feel safe enough to leave their parent’s sides and move about the building or go outside and play on the gym set. The parents themselves begin to take ownership of “their house” and sweep and clean and make it nicer. They themselves decide who will cook and do the laundry since the turnover is so quick. El Paso is in the middle of "wind season.”  The winds are strong most days and on Tuesday the winds were so strong that no planes could take off or land.  Lots of cancellations which created havoc for those immigrants flying toward their new “home." In many cases, however, detainees arrive in the afternoon and by the next afternoon are boarding a bus to Ohio, Georgia, or Florida. The turnover is terrific.

We sometimes have college students volunteering and they can help make the sandwiches or get the toiletry bags ready.  We were in a bind yesterday with no volunteers, so we drafted the guests to help with things. The ones working in the room, where the sheets and toiletries were kept, started reorganizing it and giving us ideas about how to improve the process. They just took over and appeared pleased to do so. It made me realize that after an arduous journey of God knows how many days or weeks they were finally in a place where they could feel and act “at home” and do those homey things which were so much a part of their lives. It was wonderful to see them take over and become “home-makers." Equally wonderful was hearing the squeal of children and having to dodge little bodies as they rounded a corner in a game of tag. Those light-hearted and affirming moments ease the heaviness of the U.S. policy which has created this humanitarian crisis.

Despite taking extra Vitamin C to prevent getting sick, I “caught a cold” and will use the rest of today to rest and get ready for the weekend. In the next postings, I’ll address the “anklets” the detainees have to wear and the questions many have about “legal” immigration and “why don’t they just cross the border the right way!"

How You Can Help

If you are interested in making donations, our biggest needs are socks, underwear for all sizes and genders, chapstick and shoelaces for adults and children.  Donations can be mailed to Casa Oscar Romero, 3801 Maddox Street, El Paso, Texas, 79925.

Your prayers for more volunteers and a humane immigration policy by our government are strong supports as well.

Surrounded by Empathy
With Gratitude
Holy Chaos
Excursion Across the Port of Entry
Closing Reflections on El Paso
Day 5
From McAllen to El Paso: Reflections so Far
A Photographic Visit to El Paso