From McAllen to El Paso: Reflections so Far 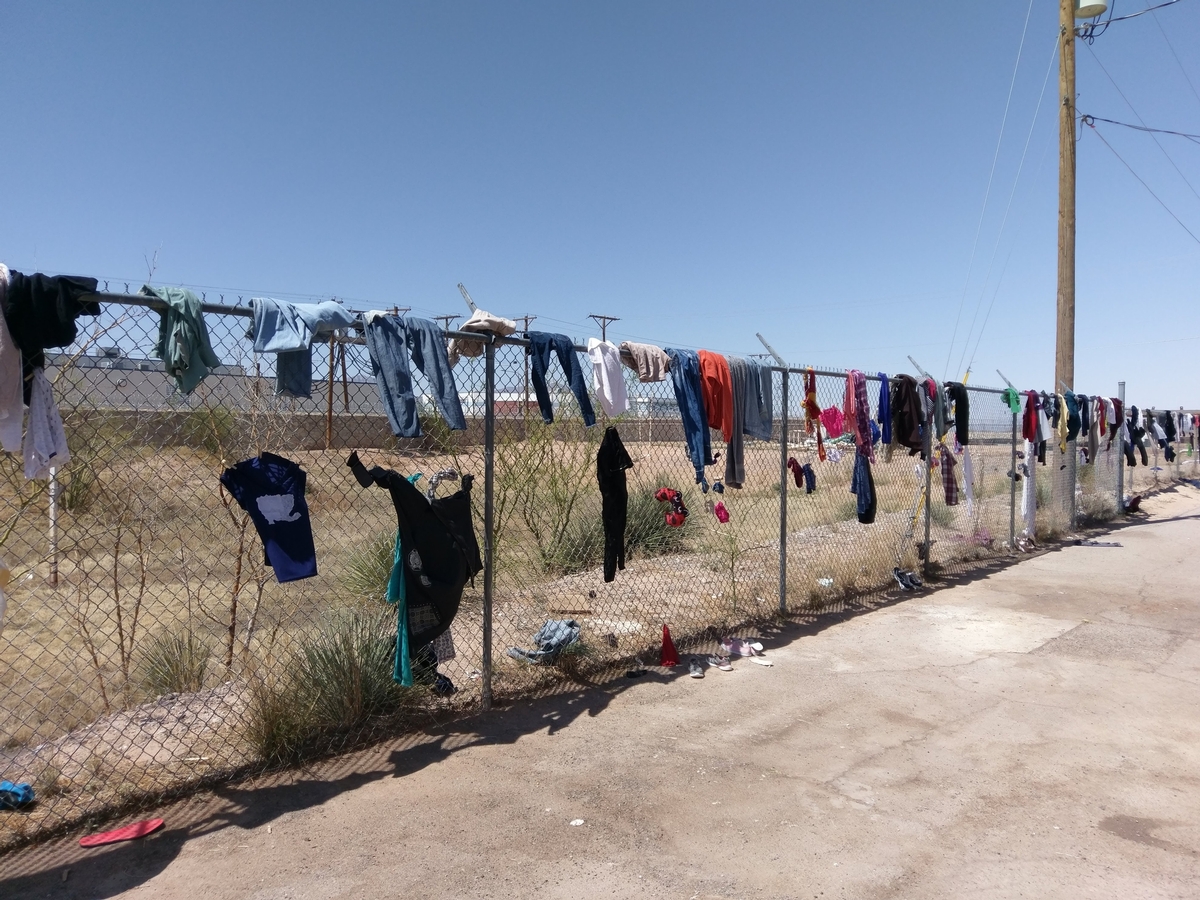 Travel day
In response to a request for volunteers to assist refugees who are seeking asylum, I am traveling to El Paso, Texas. The Congregation of Sisters of St. Agnes is a member of the Leadership Conference of Women Religious, which requested volunteers to help in El Paso. My general superior forwarded the request to our members. After my previous ministry at Catholic Charities Rio Grande Valley in McAllen, TX, I was surprised to have a second opportunity to volunteer with refugees. I will be glad to join Sister Pat Hayes, CSA, who began at El Paso two weeks ago and will continue while I will be there.

I arrived at El Paso Texas, which borders on Mexico, New Mexico, and the Rio Grande. The elevation is 3740’ above sea level. The population is 683,577. The Franklin Mountains are in the background. Two international crossing bridges connect with Ciudad Juarez, Mexico. We volunteers lodge at El Convento, a former motherhouse and novitiate of the Sisters of Loretta. Many women religious and dedicated lay people volunteer for two or more weeks. I was happy to meet Sister Pat when she returned from work. Annunciation House comprises shelters at 13 locations, which are sponsored by the Diocese of El Paso.

Day 1
I am assigned to work 12:00-7:00 at Casa Oscar Romero; the same shift and location as Sister Pat who lives just down the hall from me. Our transportation is via Uber.  Forty asylum seekers arrived, primarily young families from Guatemala. We made sandwiches of PB&J for the refugees to take along as they travel by bus to their sponsors elsewhere across our country. I read a picture book with a father and daughter to help them learn the vocabulary of colors and objects. We practiced the color words as well as naming the object in the pictures. Other volunteers and I organized donated and recycled clothing for distribution. This established program serves the clients meals of rice and beans: a familiar Central American menu. The asylum seekers are eager to reach the destination and reunite with the friends and families who are sponsoring them. In addition to their lunches, refugees will carry identification and immigration papers which include the address of their sponsor and documentation indicating that they do not speak English.

Day 4 - Grateful and Helpful
My shift at the Casa Oscar Romero, where I volunteer with the asylum seekers from Guatemala, is becoming more predictable. These refugees are willing to clean, cook meals, and wash laundry. They hang the wet wash over the fence in the yard. In this dry climate, the laundry dries quickly.

My task was to get all the floors swept and mopped. I studied the vocabulary for broom, dustpan, mop, and bucket. Helpers responded to my request and cleaned the floors before more refugees arrived. Forty refugees were delivered by border patrol at 4:00 p.m. These refugee newcomers are surprised and grateful to receive food and clothing at the shelter. Packets are prepared in advance for distribution. Packets include a set of bed linens, bath towel, and a sandwich sized bag of toiletries. Sister Pat, the shift manager, said to prepare at least 75 packets for refugees, who will be delivered by border patrol at 6:00 p.m. I recruited two young women, including one with a toddler, to prepare 80 packets.

While my helpers folded the bed linens and towels, one young woman described how they were released from the detention center directly to the street. They slept under a bridge for four days and four nights without food or water. They have sore hips from lying on the soil and stones. They are coughing and sneezing from breathing in the dust. They are grateful to now be in a safe shelter. They knew before they left home that they would suffer on their journey, yet they chose to flee from violence and unemployment. Their bravery and determination indicate how much these immigrants will enrich our country as they make their home in our midst.

Surrounded by Empathy
With Gratitude
Holy Chaos
Excursion Across the Port of Entry
Closing Reflections on El Paso
Day 5
From McAllen to El Paso: Reflections so Far
A Photographic Visit to El Paso