Sister Florence Inducted into the Athletic Hall of Fame 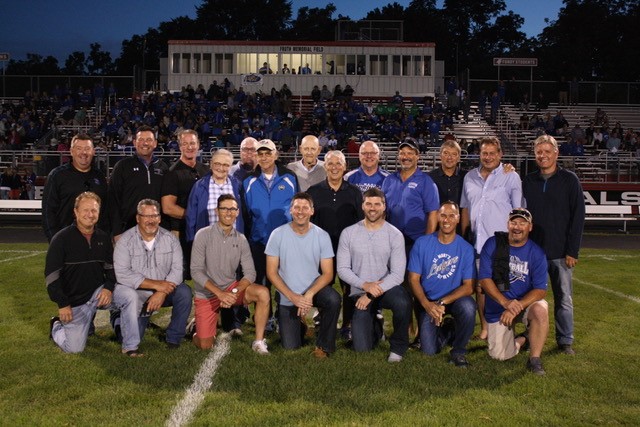 On August 23, 2019,  Sister Florence Magnan was inducted into the St. Mary's Springs Academy Hall of Fame. Nominated by former students, Sister Florence was recognized for pioneering girls' athletics at St. Mary's Springs Academy (SMSA), advocating for their equality, pursuing and getting the girls' pinnies transformed into real uniforms with a Ledger "S" on the front, and paving the way for female athletes to be awarded varsity letters.

Sister Florence served at SMSA from 1965 to 1984. During that time she held three roles simultaneously: Girls Athletic Director, Athletic Coach, and Physical Education Teacher.  Title IX, the federal policy which prohibits gender disparity in sports in schools, was enacted in 1972 and had a strong cheerleader in Sister Florence.

As noted in a letter from Terri Sheridan, one of her former students, "Sister Florence was an advocate for Girls and Women Sports long before it was "cool" to be one!"