News from the UN and around the world comes from UNANIMA International. The August issue includes:

The Sisters of St. Agnes, along with LGBTQ, immigrant, disability rights, and other faith organizations have signed a letter that was delivered to the House Committee on Homeland Security, the Senate Homeland Security and Governmental Affairs Committee, as well as to House Leadership staff. The signatories object to the use of solitary confinement by Immigration and Customs Enforcement (ICE) and its contractors. There are hundreds of documented reports of people with a disability, including mental illnesses, or LGBTQ people put in solitary confinement for medical or protective custody. Solitary confinement creates additional adversity for already vulnerable people and can create irreversible psychological harm. ICE must stop this abuse.

Catholics at the Capital 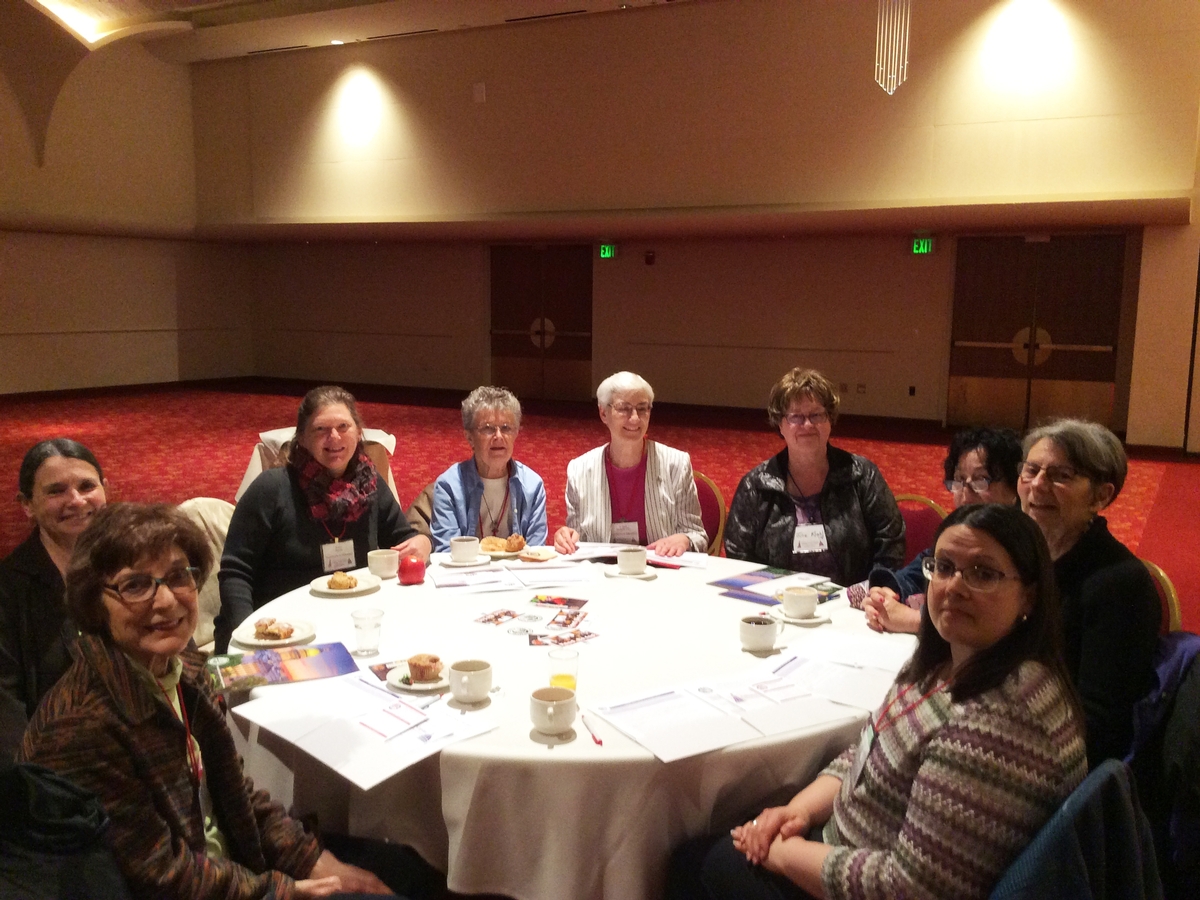 Associates Pat Belongie, Mary Gorske, Mary Ketterhagen, Kelly Robe, Renee Waters,  Sisters Julie Ann Krahl, Clare Lawlor, Kathleen Reis and Ruth Battaglia attended this year’s Catholics at the Capital in Madison. Every two years the Wisconsin Catholic Conference (WCC) joins several Catholic organizations in hosting this event. This year marked WCCs 50th Anniversary and 20 years of hosting Catholics at the Capitol. The keynote address “A Community of Generosity: Food, Faith & Fellowship,” presented by Executive Director Vincent Noth and Team Form Director Samantha Vosters, described the mission of Riverwest Food Pantry in Milwaukee as not only to relieve hunger but to create a community of belonging where everyone gives and everyone receives.

Breakout sessions included the topics of homelessness, Latino ministry and services, pro-life health care, prison ministry, and the principles of Catholic social teaching. A prayer service in the rotunda of the capital followed lunch. Then participants expressed their legislative concerns in meetings with their senators and representatives or their assistants. Clean water, preservation of wetlands, environmental protection, reform of the criminal justice system, and driving permits for people who are undocumented were among the topics raised by associates and sisters.

On May 1, the Congregation of Sisters of St. Agnes (CSA) joined a coalition of over 100 organizations in sending a letter to the U.S. Department of Homeland Security (DHS) urging it to cease any targeting of activists, journalists, and lawyers based on their First Amendment-protected speech and associational activities. The coalition demanded that DHS address alarming reports of surveillance activity by U.S. Customs and Border Protection (CBP) and U.S. Immigration and Customs Enforcement (ICE) that jeopardizes First Amendment rights and access to legal counsel, and may violate the Privacy Act of 1974.

As we point out in the letter, ICE documented and disseminated lists of “Anti-Trump” protests in New York City. In addition, CBP allegedly targeted and created dossiers on activists, lawyers, and journalists working with and reporting on asylum seekers. First-hand accounts revealed a pattern of harassment including extended detentions and interrogations, electronic device searches at ports of entry, and denial of re-entry to Mexico.

In joining this coalition, CSA looks to help defend the human dignity of those that have been harassed or unlawfully targeted. The coalition demanded that DHS cease impermissible targeting, monitoring, and harassment of activists, journalists, and lawyers at the border, and disclose the policies, guidelines, and training materials that govern these activities. We are pleased that Congress is actively investigating both incidents, and that the DHS Investigator General has been tasked with reviewing CBP’s conduct. We join their efforts to ensure that our government agencies are held accountable for their actions.