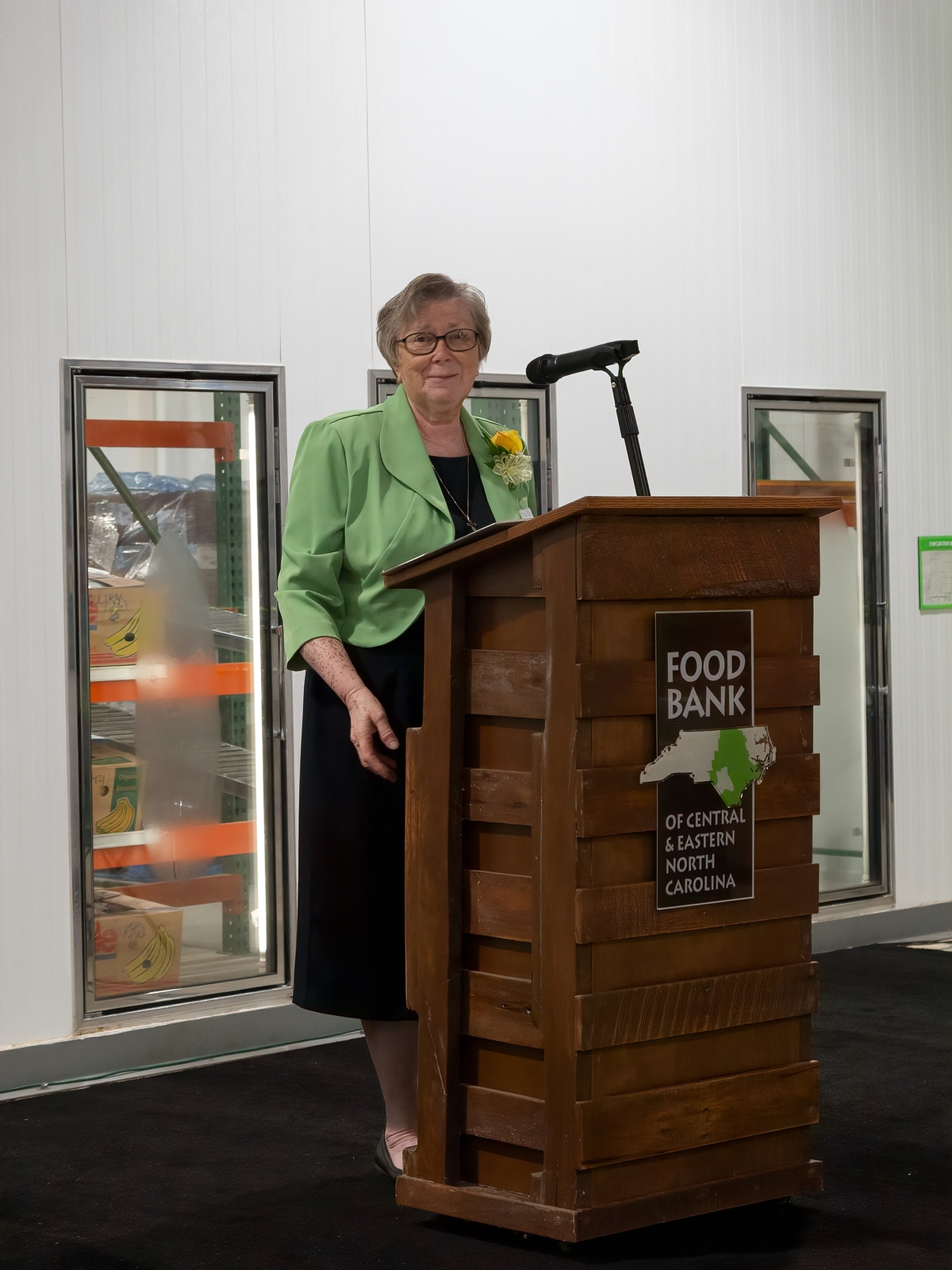 Top 10 supporters of 2017-2018 were recognized in three categories: financial, food industry and volunteers, as well as the Humanitarian Partners of the Food Bank for Central and Eastern North Carolina. Sister Mary Ann Czaja was honored with the 2017-2018 Hunt-Morgridge Award for her service.