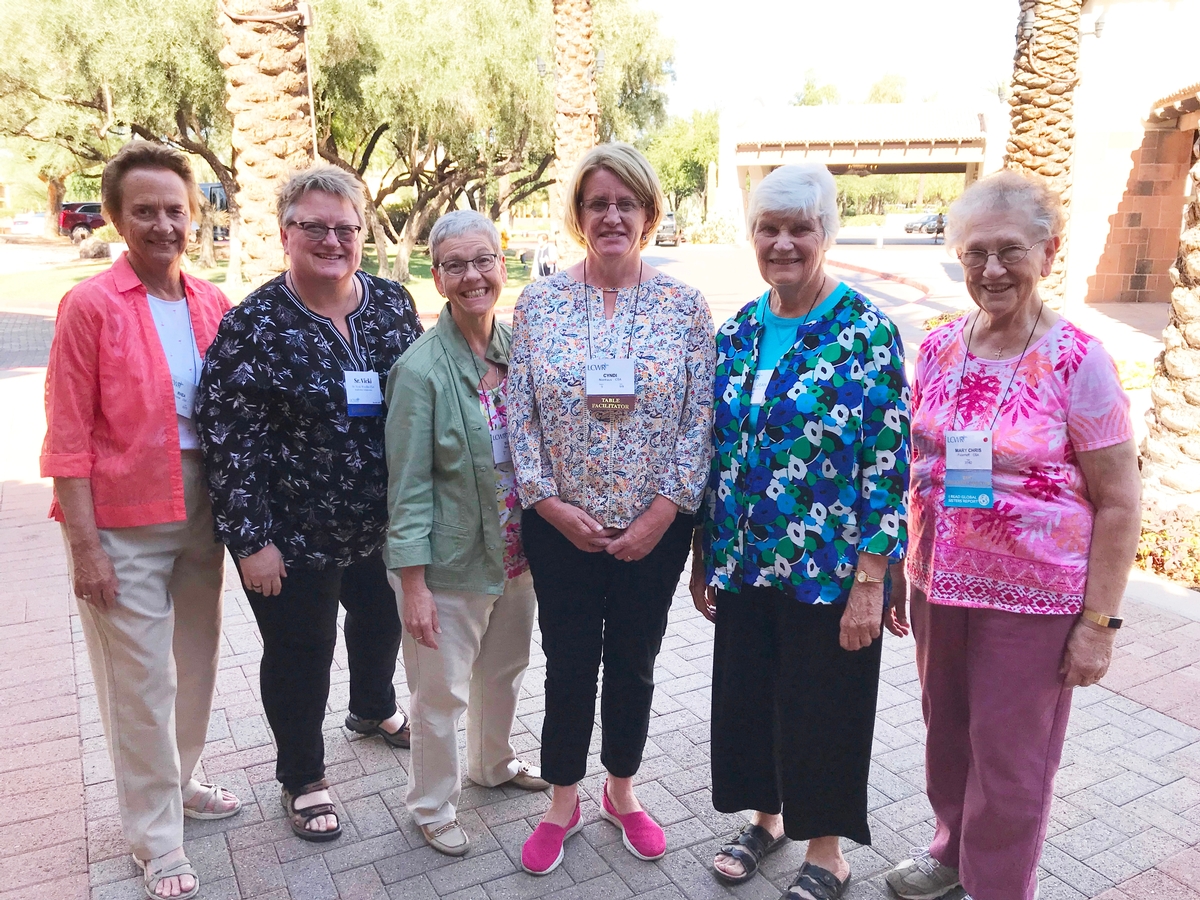 CSA Sisters Rhea Emmer, Vicki Wuolle, Susan Seeby, Cyndi Nienhaus, Jean Steffes and Mary Christine Fellerhoff were among the 663 LCWR members gathered in Scottsdale, Arizona, to call upon the president to end all divisive and polarizing rhetoric. LCWR sent  a letter to President Trump during its annual 2019 conference on August 14. The letter states in part, "We implore you to never use language that disrespects, dehumanizes, or demonizes others. We expect our president, and all who serve this nation as leaders, to be always mindful of the common good and the dignity of each and every person.You hold a position that has the potential to inspire the best of every one of us and we ask you to use this unique status to bring about healing and never seek to create division."

Full text of the letter

LCWR Calls for the Welcome and Humane Treatment of Arriving Migrants

The Leadership Conference of Women Religious (LCWR) is deeply troubled by President Trump’s continued denigration of those fleeing untenable situations in their home countries. These are mothers and fathers, sisters and brothers who have been forced from their homes by unimaginable violence and insecurity; runaway corruption; and droughts and floods linked to climate change. These are women and girls fleeing intolerable situations of domestic violence. These are young men and women who have no access to quality education and no hope of economic opportunity.

These are courageous people who have rejected cultures of corruption and exploitation. They are traveling the same road trod by our forbearers who fled tyranny and violence in search of the American dream. They are people of hope and promise who only want the opportunity to contribute their toil and talent to this nation.

We reject the president’s rhetoric of fear and policy of division that poisons our politics. We choose instead to embrace a dream for America that is filled with hope for a nation united in service of the common good. We stand with Pope Francis who calls us to “promote the dignity of all our brothers and sisters, particularly the poor and the excluded of society, those who are abandoned, immigrants and those who suffer violence and human trafficking.

We urge the administration to manage refugee arrivals humanely and in a manner that respects their dignity and rights under US and international law and to:

The United States has a long and proud history of welcoming immigrants and sheltering refugees. Women religious have been blessed to be able to accompany and serve migrant communities across this country for a very long time. We will continue to welcome them as our national history demands and our faith requires.

While at the LCWR Assembly, we had a great conversation with Sister Vicki Wuolle, CSA! In this #Nunday video, she talks about how her ministry reflects the spirit of her congregation.