The mission of The Arc Fond du Lac is to empower people with intellectual and developmental disabilities (I/DD) to become independent and integrated into the community through advocacy, education, training and support. The organization serves over 800 individuals, ranging in age from 5 to 80+, a year in Fond du Lac, Dodge and Winnebago Counties.

Attendees at the organization’s 21st annual Awards and Recognition Banquet not only enjoyed delicious food and amazing company, they also were inspired by the keynote speaker whose message was that people with I/DD must absolutely be involved in every aspect of research and program development so that efforts of inclusion and advocacy truly meet their needs.

Among the awards given was a Volunteer of the Year Award which recognizes a person who has made an outstanding contribution of time, creativity, or support through their involvement in the activities of any Arc program. This award was presented to Sister Mary Ann Scherer, recognizing her work and dedication at The Arc Fond du Lac.  The comments that were included in the presentation gave testimony to the impact of the activities organized by Mary Ann on both clients and staff. They also appreciate her kindness and the smile that she brings into every room.

Congratulations, Sister Mary Ann, for this recognition of your volunteer ministry! 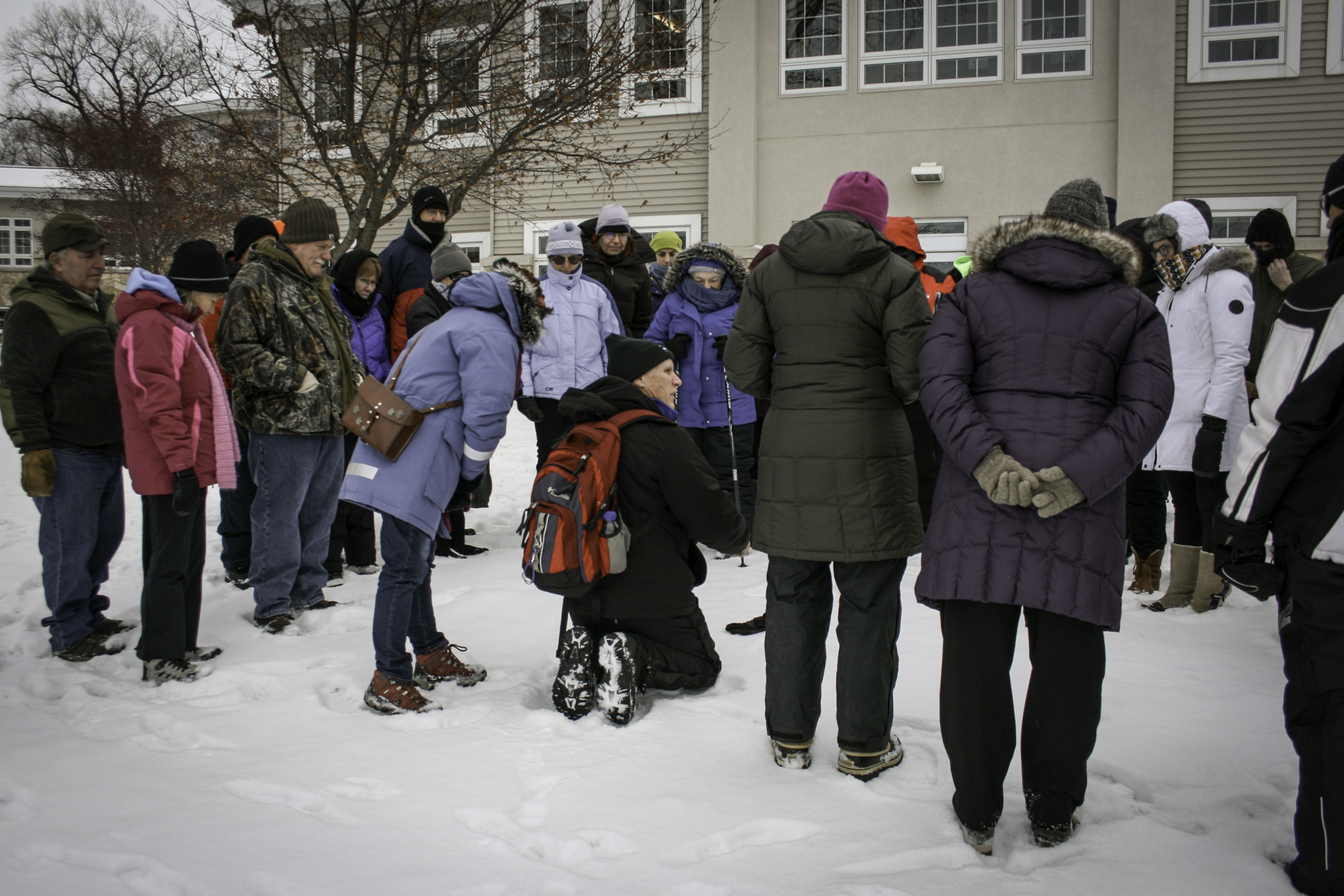 Together the group learned about the gaits of "bounders" and "pacers," 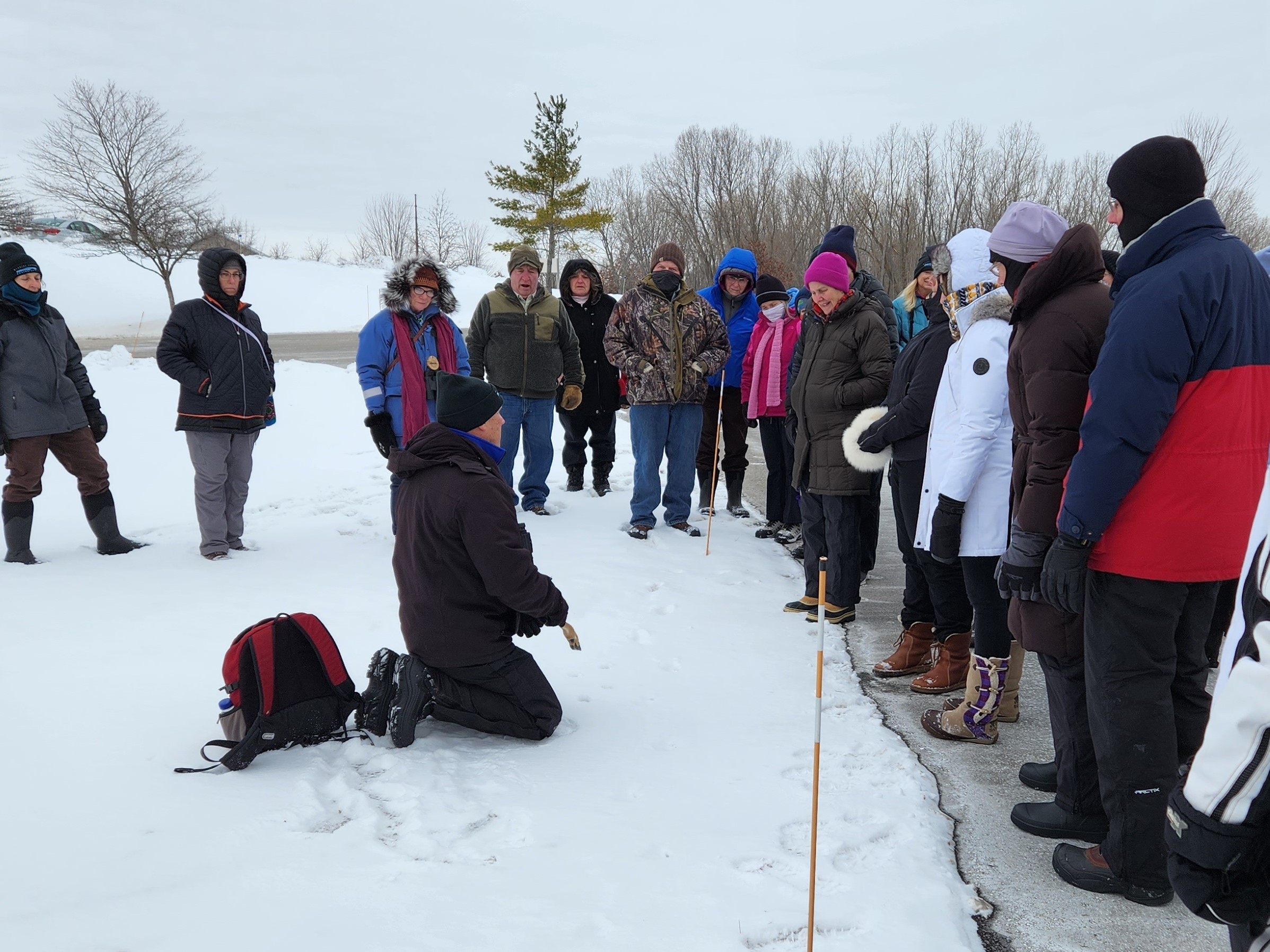 differentiated the tracks of buck and doe deer, identified native trees without the benefit of leaves, 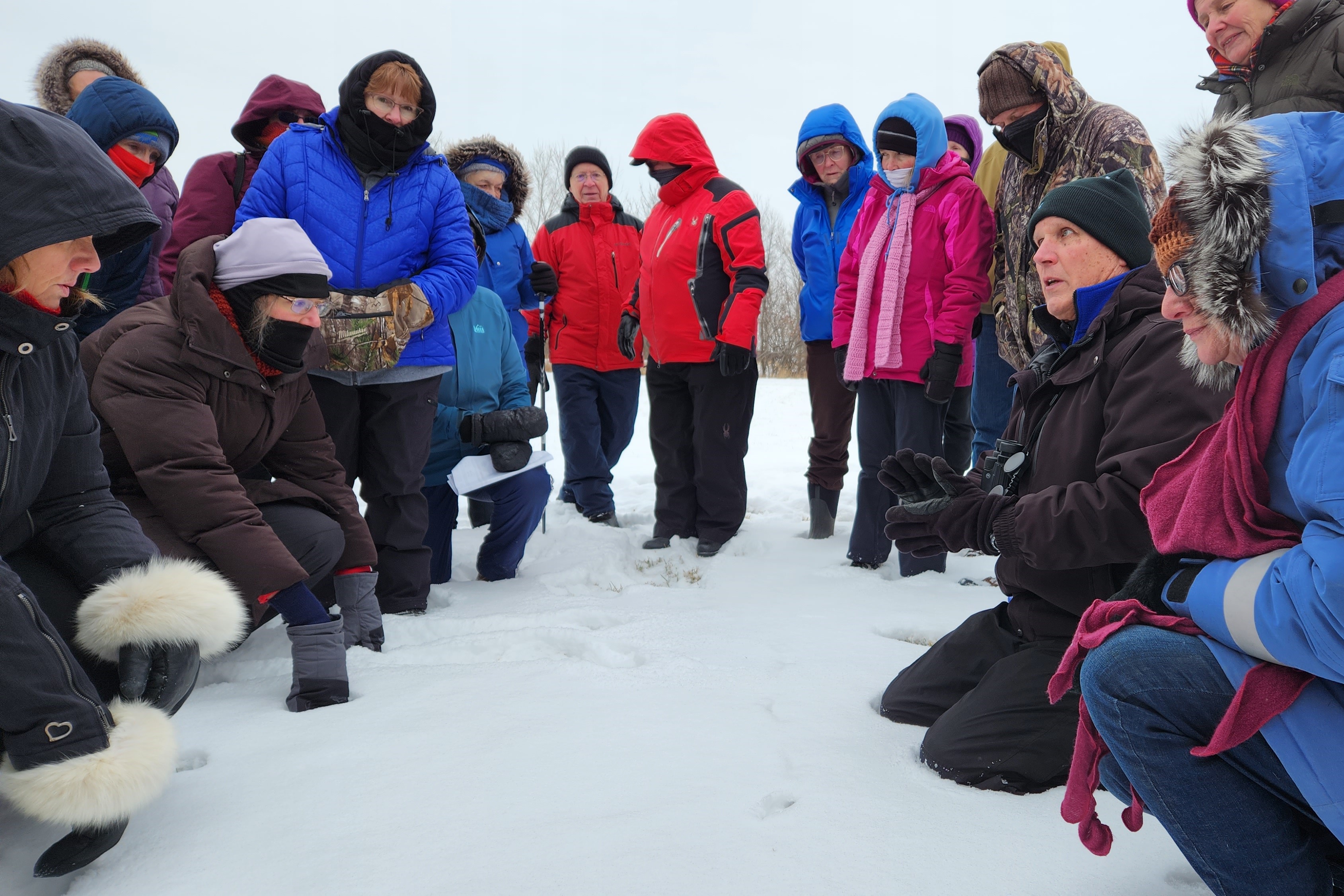 Back inside, sweet treats and hot cocoa helped everyone warm up in anticipation of sunset. While they waited, they could learn more about different conifer cones and owl pellets or just enjoy the company of others who appreciate and value Earth. GLC Director Jennifer Rutten and Willow Creek Preserve Project Manager Isabel Mueller offered remarks and Sister Janet Ahler marked the end of the event with a special prayer.

Click here to see more photos from the event on social media.

Want to visit the CSA property?
CSA property is privately owned. Our solar site is open for public viewing any day of the week from 9:00 a.m. to 4:00 p.m. We request that visitors stop at the main entrance to sign-in or call 920-907-2300 prior to touring the array. Tours of the remaining portions of our conservation easement must be scheduled in advance using that same phone number.

This article appears in the December Issue of Reflections and Connections

"This is a new location for Rusty Patch Bumble Bees in the state," said Jay Watson, a Wisconsin DNR Conservation Biologist. "Having the Ledge provides great nesting area in the woody zones and a wonderful mix of resources throughout all of the seasons in the prairies and wetlands close by." Both male and female bees have been identified on the property since the initial sighting. The closest other area where they are found regularly is Oakfield Ledge State Natural Area, more than 20 miles away, indicating that the group seen on CSA’s conservation easement is likely its own nest.

The congregation will continue to partner with Glacial Lakes Conservancy and the DNR to be good stewards of the land that supports this and other species vital to the ecology of Earth. 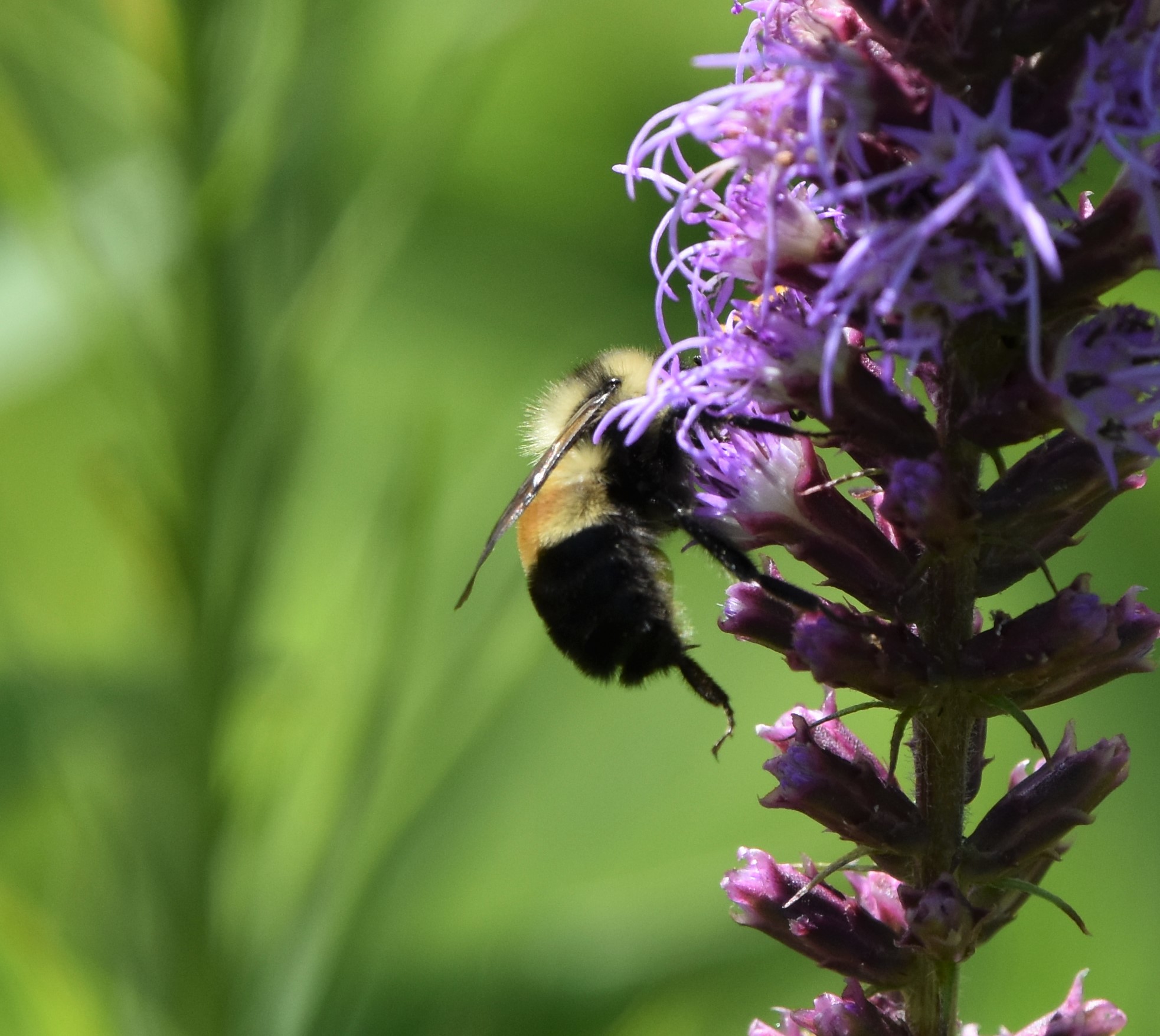 Fond du Lac area citizens can increase self-reliance by building good, nutrient-rich soil through backyard composting. Collecting yard material and kitchen scraps at home provides the opportunity to build soil for use on plants, vegetables, and flowers indoors and out.

The Congregation of Sisters of St. Agnes is proud to be working with six other organizations who share similar values of Caring for Earth. Together we have joined the Compost Bin Group Purchase Program in selling high quality backyard composters to help residents to reduce waste, build soil, and increase self-reliance.This program is offered in partnership with Recycling Connections, a non-profit company based in Stevens Point Wisconsin with over 40 years of experience with waste reduction, composting and recycling education and outreach.

Order forms are available here as well as from the following participating organizations:

Prepaid orders must be placed by the end of January.

Want to help spread the word? Click here to open a printable flyer. 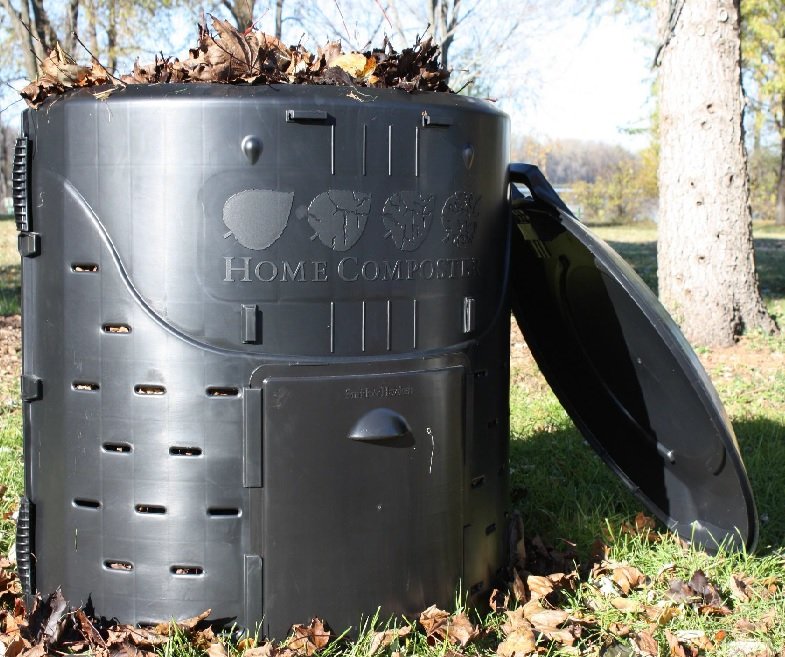 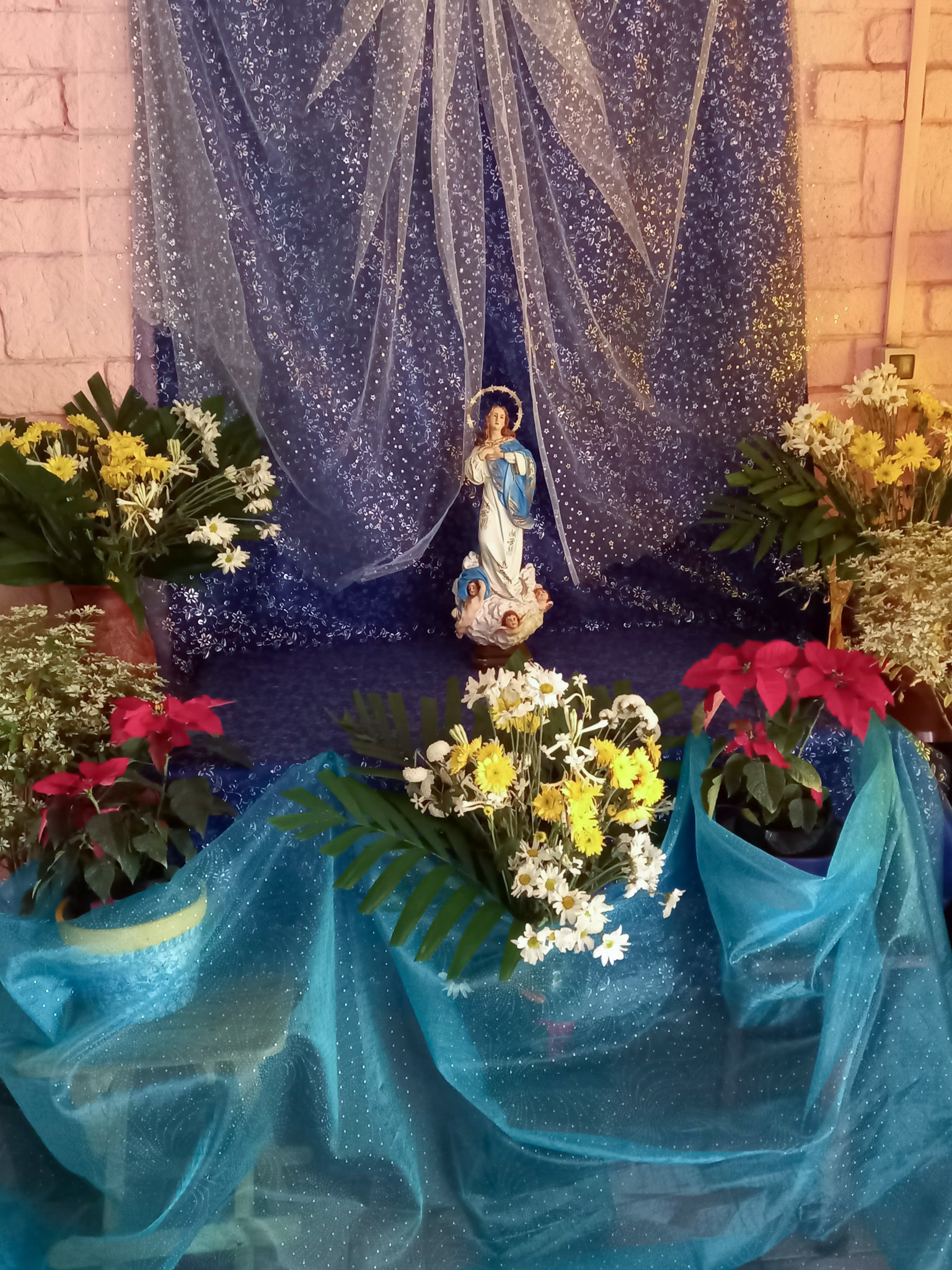 Each year in Nicaragua, the sisters prepare beautiful and elaborate altars with statues of Mary, celebrating the conception and the purity of Mary. A novena is prayed as well to help sisters and partners in ministry prepare for the Feast of the Immaculate Conception, called "La Purísima" in Nicaragua.

Sisters of St. Agnes enjoy celebratory Masses and bags full of treats, including oranges, sweet lemons, caña (a piece of sugar cane stalk), and cajeta (a macaroon style bar baked with freshly grated coconut) are shared at Mass and also prepared for distribution to many children who will celebrate that evening.

Below are photos of some of our sisters as they celebrate the final Mass of the Immaculate Conception Novena at Centro Santa Inés. 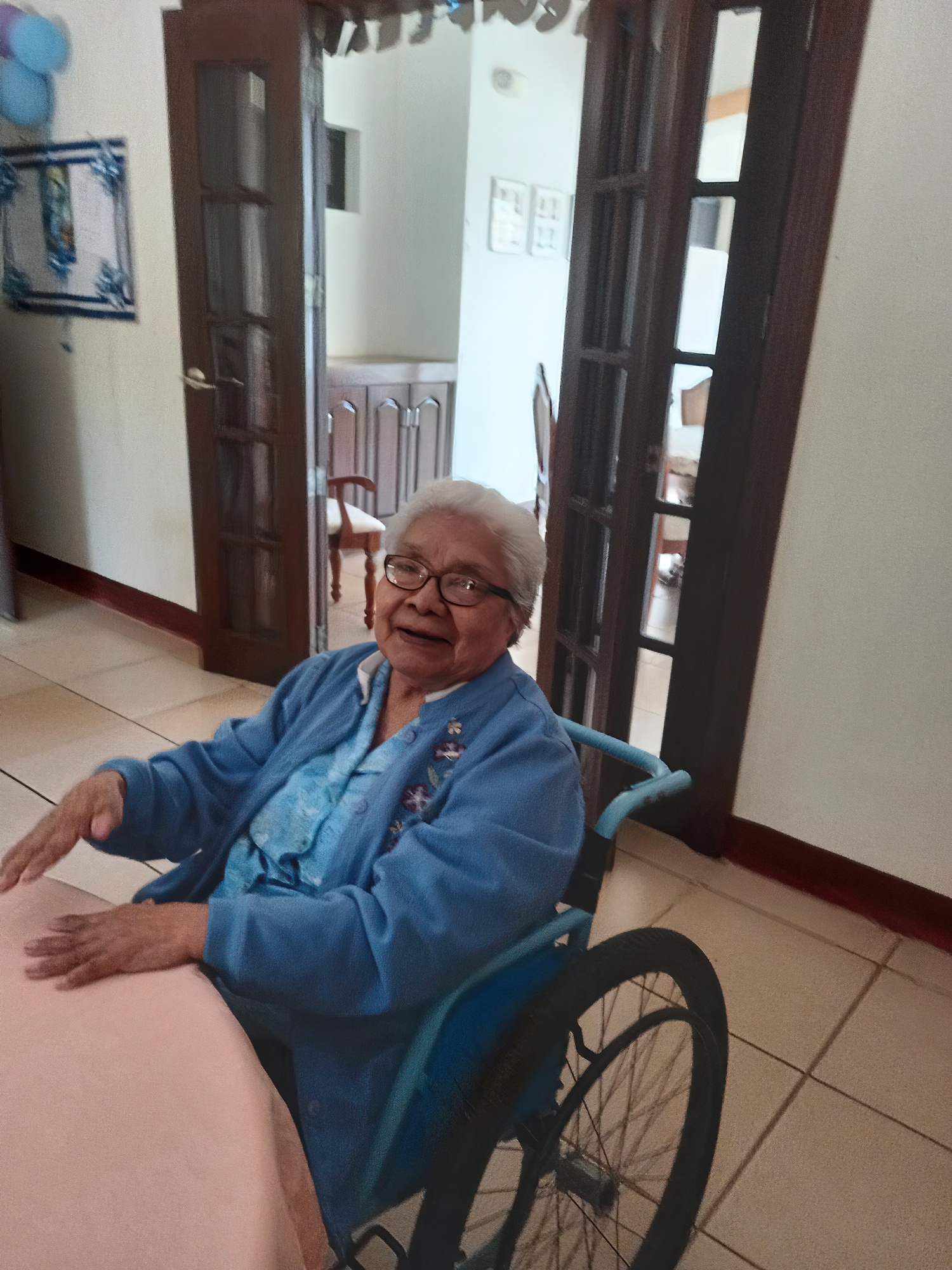 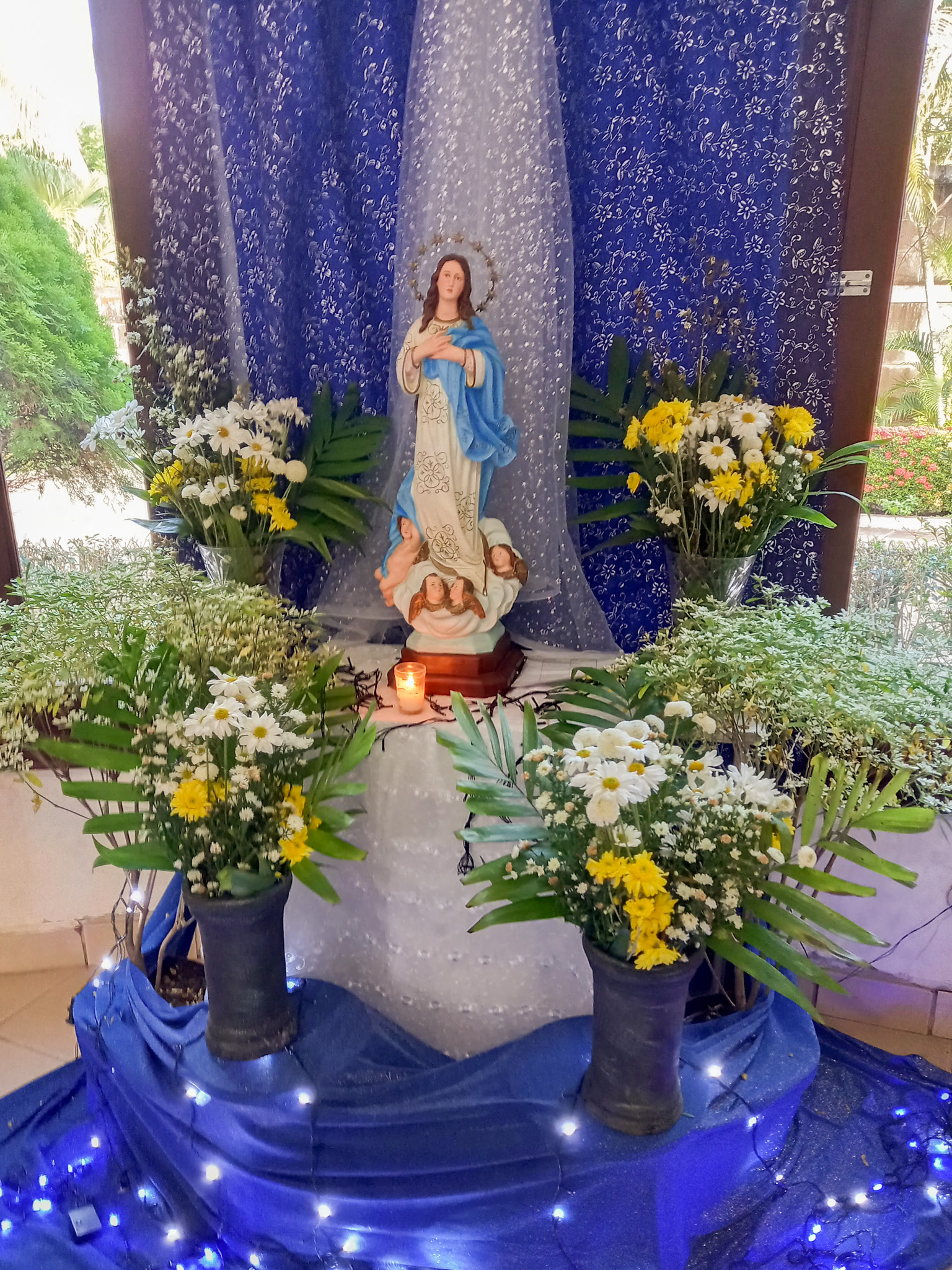 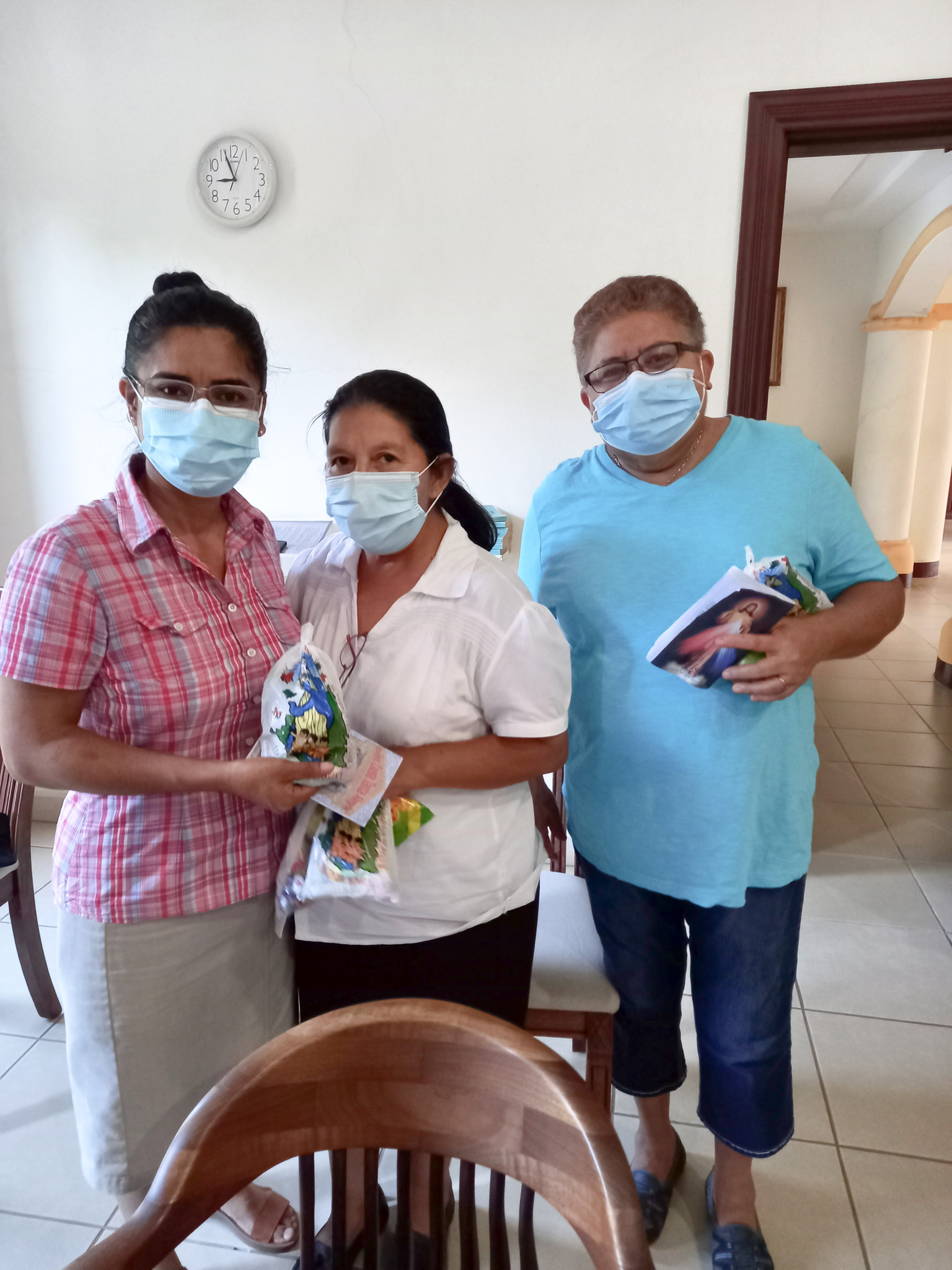 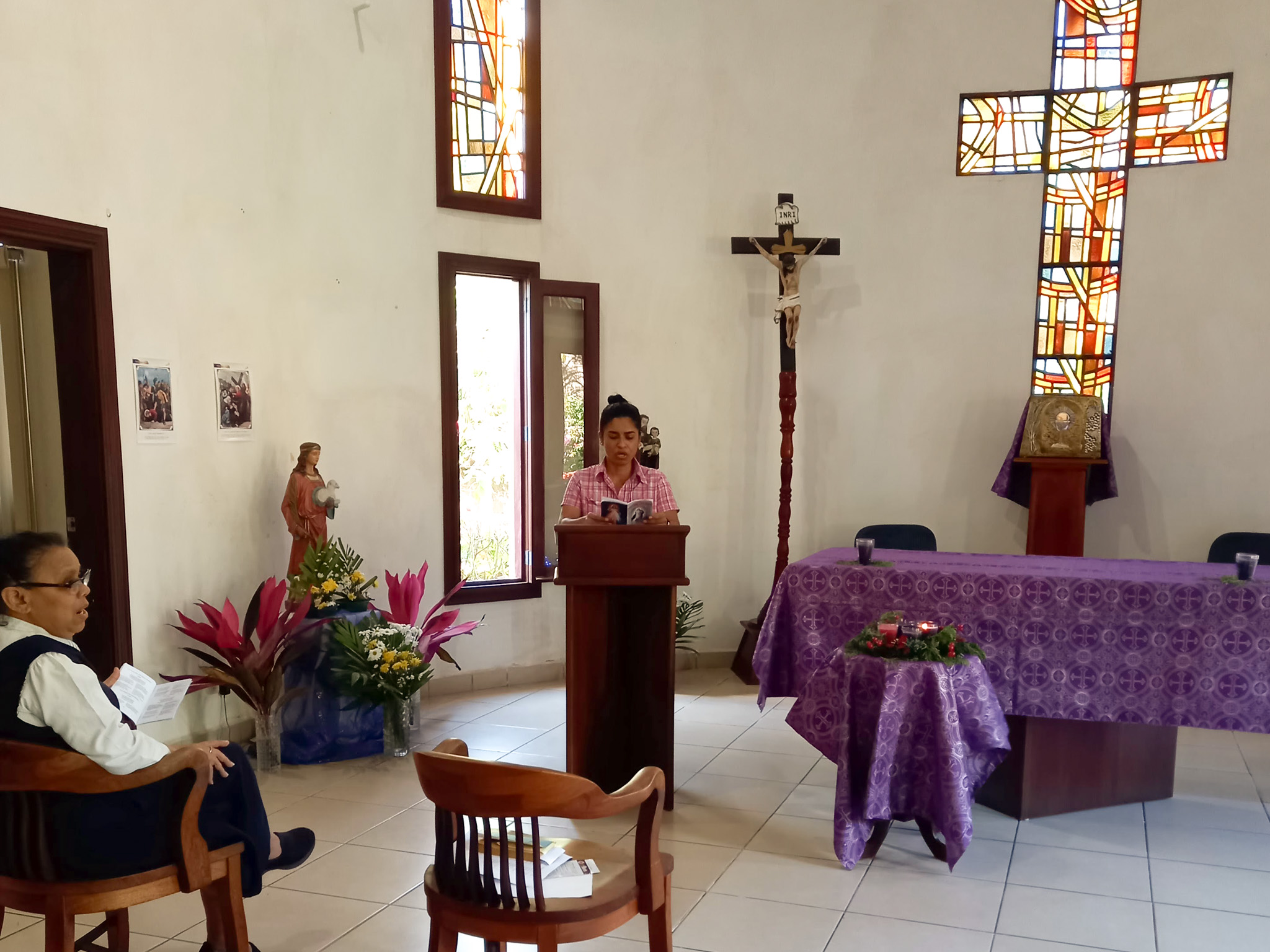 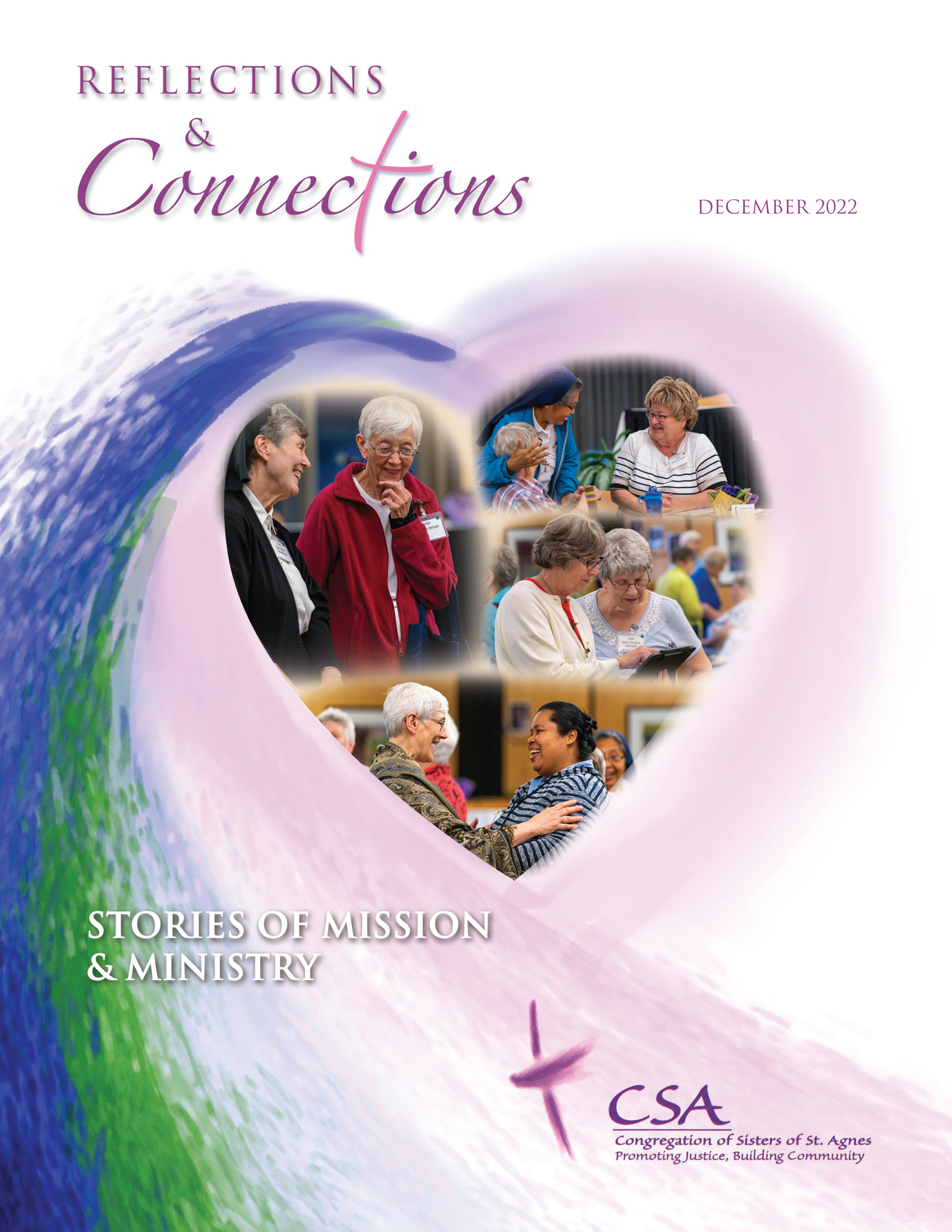 This article appears in the December Issue of Reflections and Connections

Delegates, arriving at chapter titled “Together, embracing the transformative journey,” had for months been involved with the community in identifying themes for direction-setting. After hearing detailed reports on the state of the congregation, delegates, in small groups and in the whole, refined the themes, eventually developing statements for future direction. From these statements, a writing committee drafted a “chapter statement.” The chapter body reviewed and tweaked each draft until it was ready to approve the final Chapter Statement (click here to view the statement) to move the congregation into the future.

Interspersed between bouts of direction-setting was election of new leadership. This process involved nominating sisters with gifts needed for the directions developed and formally electing the general superior and three councilors to lead the congregation for the next four years. It was a time of sacred discernment for electors and of vulnerability and trust for the nominees, who are also electors. These processes were guided by a trained facilitator under the leadership of the outgoing general superior and councilors.

All this work of chapter was woven together with prayer, song, liturgy, contemplation, deep sharing and listening. These movements shaped the heart and spirit of the chapter, remembered by delegates long after chapter is over. Sister Jean Steffes’ opening remarks identified three themes key to the work of this chapter: listening, discernment, and kindness. Beginning the first full day, a prayer-poem opened the delegates to listening with these inspired questions:

Discernment requires listening deeply to the Holy Spirit. It asks not what I, nor what we want, but what God wants. Keynote speaker, Sister Mary Pellegrino, CSJ, placed discernment in a global perspective, viewing the journeys we are on as a world, as a country, and as women religious through the lens of the paschal journey. Resurrection disrupts all our assumptions, she said, calling us to recognize the new and to frame a new story with new purpose. Contemplative spaces throughout the chapter drew delegates into deep discernment about direction-setting and elections in light of global realities as they listened for God’s call to CSA now.

A contemplative “Prayer of Loving Kindness” opened the fifth day of chapter. But kindness was experienced and expressed throughout the days by attentive listening to one another, working through differences with respect, holding sacred the vulnerability of those who opened themselves to leadership consideration, blessing Earth and the entire world in prayer, and showing appreciation for all the people and work that made chapter a blessed event.

Chapter was not the end, but the beginning of “Together, embracing the transformative journey.”

The December 2022 issue of Reflections & Connections is now available online for your viewing.

This letter appears in the December Issue of Reflections and Connections

Advent, Christmas, and other holy days gracing this time, celebrate the paradoxes of our lives: the already and the not yet, darkness longing for light and light for darkness that gives it meaning, presence and absence, the joy and melancholy of our daily existence.  One thing is for sure—we do not have to ask Holy Mystery to come.  God is already here. We must ask for the grace of deepening awareness of the beauty and truth of God’s incarnation among us in so many wondrous ways.

Divine Love is manifest in the commitment of our newest associates, in the visionary dedication of our Chapter 2022 Statement, in the openness and availability of our sisters to praying with you during Advent, even in the tiny, rare Rusty Patched Bumble Bee found on our property! This season speaks of God’s ongoing incarnation in our cosmos and our humble place in the midst of it all.

The challenge is how to respond as CSA in this world of paradoxes: terror and courage, division and collaboration, violence and peace, greed and generosity. We will respond with contemplative, compassionate, courageous, and caring hearts.  We will make the path by walking it and we will “get there.” *

Lyrics from Woyaya (We are Going) by Osibisa, sung by Wiyaala. Used at closing of CSA Chapter 2022. 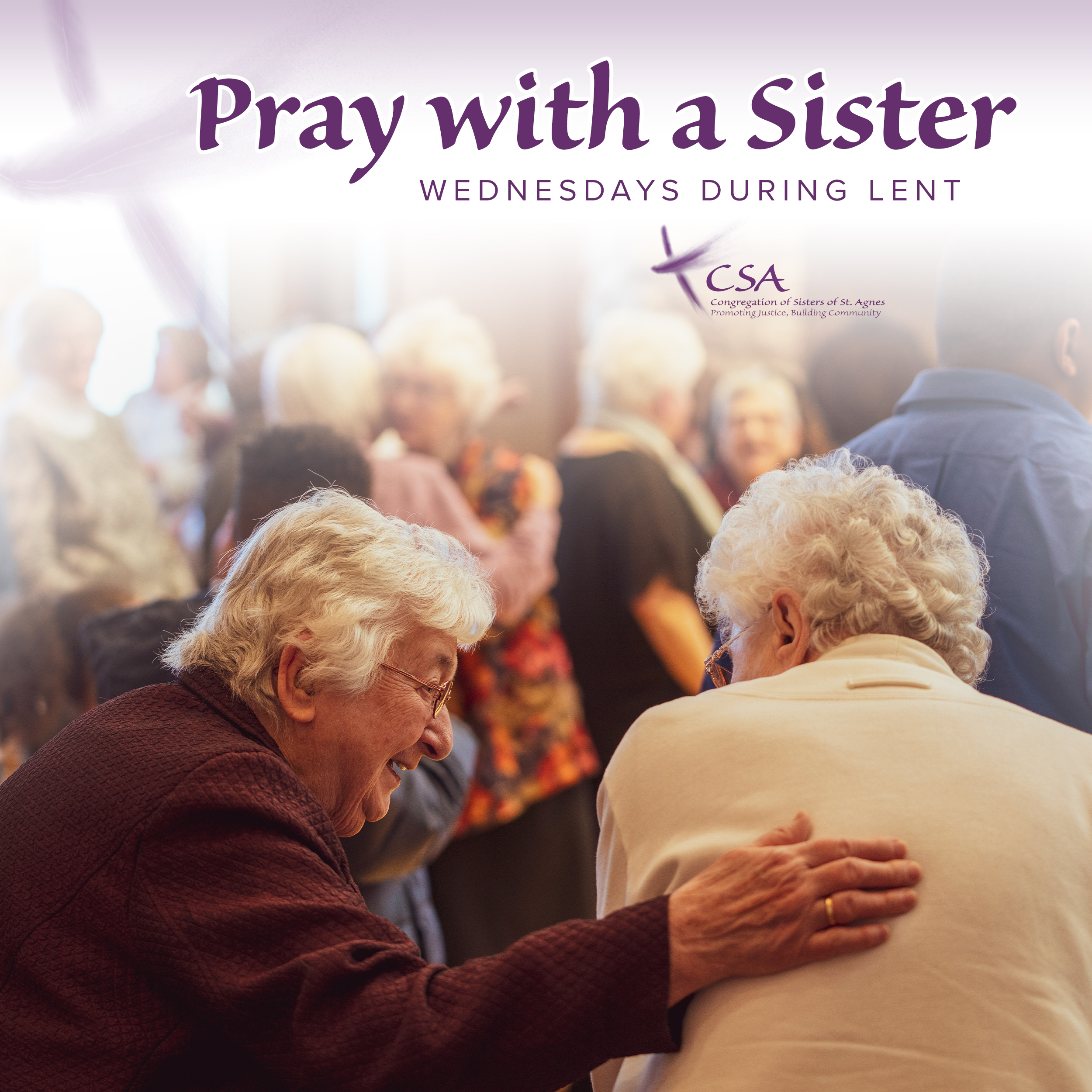 Pray With a Sister

The general public is invited to call
920-907-2300
on Wednesdays from 1-4 p.m. Central Time to join with a sister in prayer during the seasons of Advent and Lent.

Your name and number will be collected and a sister will call you back momentarily to pray with you privately.