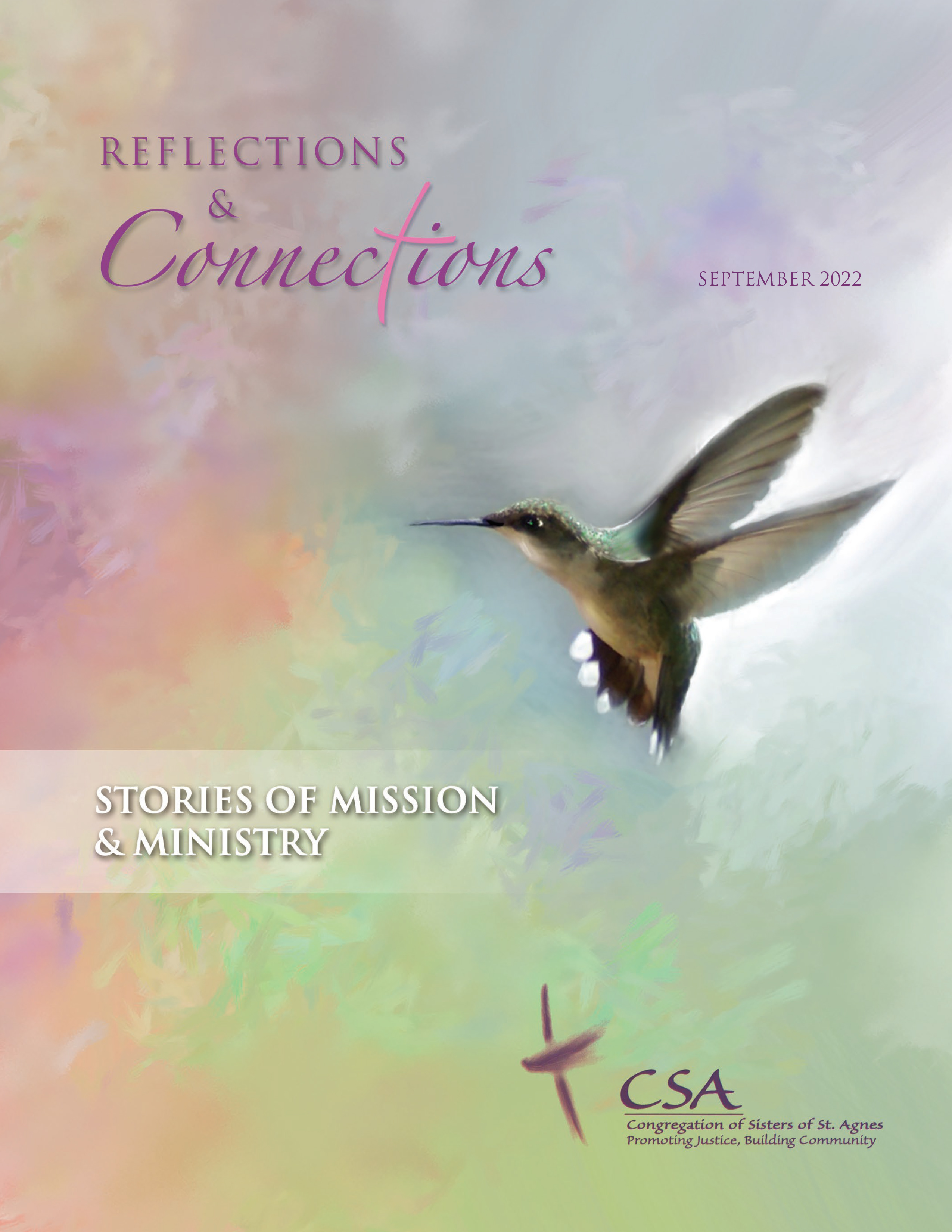 During their General Chapter 2022, delegates for the Congregation of Sisters of St. Agnes discerned their direction for the next four years and the new team of sisters who will lead their efforts. Sister Sharon Pollnow will serve as General Superior with Sister Peg (Margaret) Spindler as General Vicar and Sisters Madeline Gianforte and Lael Niblick as General Councilors. This Leadership Team will serve the congregation from 2022-2026.

Sister Sharon Pollnow is originally from Milwaukee, WI. She holds a B.S. in education from Marian College in Fond du Lac, Wisconsin; an M.Ed. from the University of Minnesota; and an MSW from the University of Michigan. She is a licensed clinical social worker with certifications as a spiritual director and a grief and trauma specialist. Sharon’s ministries have included time as a teacher, principal, parish staff member, adjunct university instructor, diocesan board member, spiritual director, and clinical social worker/counselor. She has previously served CSA on the General Council and as a District Coordinator for Illinois and Indiana. In 2021, Sister Sharon retired from her counseling position at Sophia Center in Sylvania, Ohio, which she helped to establish in 1993, and subsequently moved back to Wisconsin.

Sister Peg Spindler grew up in Cedar Lake, Indiana. She earned a B.S. in biology with a minor in secondary education from Alverno College in Reading, Pennsylvania and has two Master’s degrees, one in Secondary School Science from Villanova University in Pennsylvania, and another in pastoral studies from Catholic Theological Union in Chicago, Illinois. Her previous time in ministry was divided into two segments of 24 years each with the first 24 years serving as a teacher in New Jersey, Pennsylvania, New York, and Indiana and the second 24 years serving at Sojourner Truth House in Gary, Indiana, which she helped to found in 1997. Upon retirement in 2021, Sister Peg continued to volunteer with the Continuum of Care Network in Northwest Indiana and to advocate for those experiencing homelessness in the region.

Sister Madeline Gianforte is from Bensenville, Illinois. Her education includes a B.S. in education from Illinois Benedictine College in Lisle, Illinois, and a Master’s degree in Holistic Health from John F. Kennedy University in Pleasant Hill, California. Her first ministries were based in Fond du Lac, Wisconsin, and Canton, Mississippi. In 2002, she helped found CORE El Centro on the south side of Milwaukee to serve those of limited income. CORE El Centro is a natural healing center which provides services including massage therapy, energy work, acupuncture, holistic exercise, nutrition, and gardening classes. As she joins the General Council, Sister Madeline will also continue serving with CORE El Centro while she transitions the organization to a new Executive Director.

A native of Fort Wayne, Indiana, Sister Lael Niblick received a B.S. in education with minors in theology and science from Marian College in Fond du Lac, Wisconsin, and a Master’s degree in religious education and youth ministry from St. John’s University in Collegeville, Minnesota. In addition to her degrees, she has received over 20 certifications in a wide array of topics including religious education, advanced scripture, alcohol and drug intervention for teens, prevention of child sexual abuse, satanic cult awareness, parish management, racism, prison reality, fundraising, and even clown ministry. Since 1967, Sister Lael has served in many ministry locations: Fond du Lac, Wisconsin; Bensenville, Illinois; La Ceiba, Honduras; and Bluefields, Nicaragua. She comes to leadership directly from her most recent ministry in the Diocese of Jackson where she was a Lay Ecclesial Minister for St. Helen Parish in Amory, Mississippi.

This article appears in the September Issue of Reflections and Connections.