In 1945, Mother Angeline Kamp and her council agreed to send sisters to minister to the Miskito who lived along the Río Coco in northern Nicaragua. Of the many sisters who volunteered, four were selected - (pictured left to right) Sisters Mary Agnes Dickof, Francis Borgia Dreiling, Pauletta Scheck, and Agnes Rita Fisette. They spent ten days with the Sisters of Charity in New Orleans, where they spent time learning about tropical diseases, and then the pioneer sisters embarked on their missionary journey to Nicaragua on September 22, 1945.

After three long months in the city of Managua, on December 20, 1945, the four sisters were welcomed by nearly 500 Miskito people as they arrived in the village of Waspam on the Río Coco. 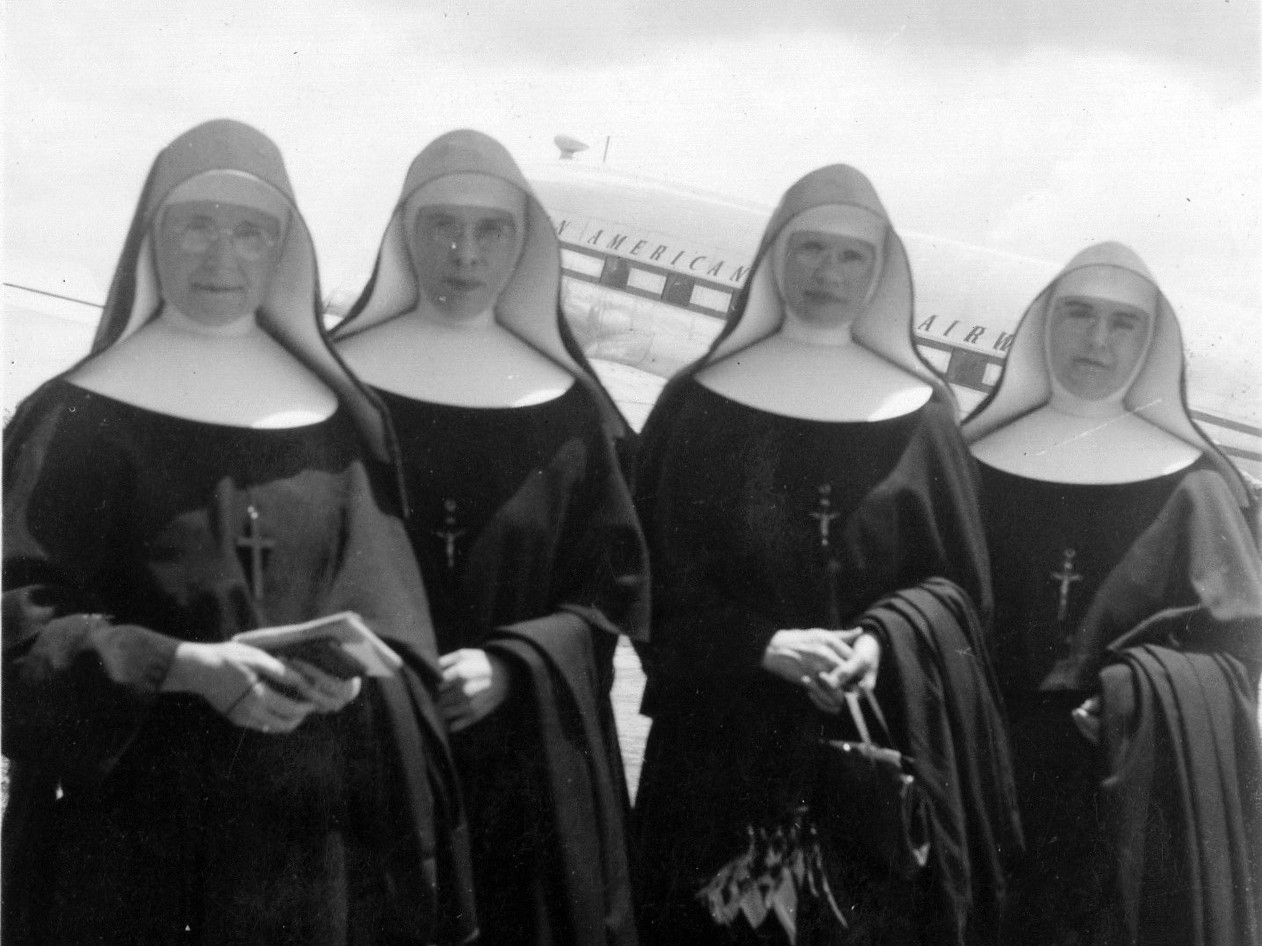 Sister Zorelia Chavarria, CSA, was born and raised in Nicaragua. She writes, “Our Nicaraguan Church, the people of God, has been enriched by the CSA Charism for the past 75 years. The Sisters of St. Agnes, with their blessings, walked together with a people rooted deep in faith and intelligence, beginning in Waspam, Río Coco. By the grace and will of God, leaders were formed and emerged, such as: directors, teachers, medical doctors,  nurses, lawyers, catechists, priests, writers, poets, homemakers, and families with solid homes; today they are the protagonists of their own stories that enrich both their families and their own people and communities. We would need an entire book to write all their testimonies.”

While Nicaraguans have countless testimonies of the impact of the sisters, the relationship is one of mutual inspiration and education. Sister Anne Jude Van Lanen, CSA, reflects on her many years in Nicaragua as an opportunity to learn from those around her. “When I felt vulnerable and overwhelmed in a foreign land, my Sisters in Nicaragua taught me: how to celebrate in the midst of oppression, pain and war; how to value relationships beyond borders; how to live by deep faith in God when faced with unsurmountable odds; and how to walk with one another through the tragic death of three of our Sisters resulting from war. I have yet to reap the fullness of what that missionary experience has meant to me and to the Sisters of St. Agnes.”

Sister Zorelia speaks to the grace of God impacting both Latin and North American Sisters over the last 75 years: “Our sisters were also transformed and many of their lives changed, not only by speaking the language or living the culture, but by the deep faith and intelligence professed by our peoples. They learned and let themselves be guided.

After these 75 years, we continue to respond with the zeal and courage of our founders--by the missionary zeal of Father Caspar Rehrl, the courageous initiatives of Mother Agnes Hazotte and the spiritual influence of Father Francis Haas--we continue to walk with our people, in the midst of their sufferings and joys of our Nicaraguan Church.”