A Sample Day from Casa Alitas 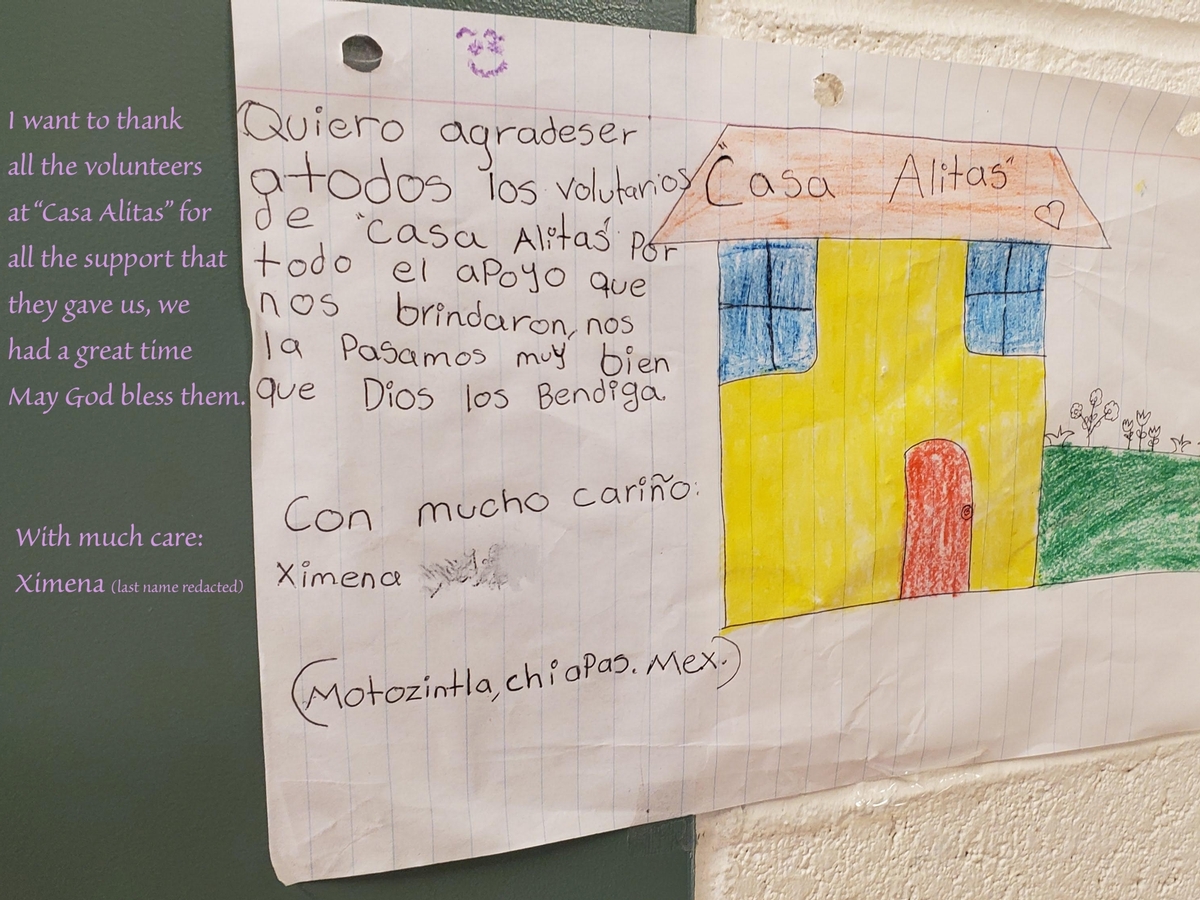 During the first six months of 2019, Casa Alitas Welcome Center was located in a former monastery and received 100-200 guests daily at that time. Now the number of guests arriving in the Tucson Diocese is only one or two or three dozen daily. The majority still come from the three Central American countries of Guatemala, Honduras, and El Salvador. While efforts in Washington have slowed down the stream of asylum-seeking refugees arriving in Tucson, the realities they flee are as grave as ever.

Let me tell a little about four pregnant mothers whom I received last week.

One was from Guatemala with two young children. Her poverty was exacerbated by climate change making it impossible for her to eke out a living on the farm as well as threats related to drug activity.

The next fled Venezuela’s national crisis with her husband and toddler trying to get to US relatives.

The third came from Cuba enroute to her family in Miami. Her circuitous route involved a plane trip from Havana, Cuba to Managua, Nicaragua and then by land to the Arizona border. Though safe herself, she could not stop crying because her husband and his parents were blocked at the Arizona border.

The fourth mother is the one with whom I spent more time and effort. She came from Guatemala with her 14-year-old son. After her husband left her and her three children five years ago, she provided for her children preparing and selling food in her home. Two months earlier a gang attacked and raped her in her home and beat her son resulting in his hospitalization for broken ribs. The two older children were living elsewhere. In desperation, she fled with her son and learned along the way she was pregnant from the rape. As with others, she needed to pay the police and border agents all along the way. Arriving in Arizona, she showed signs of impending miscarriage.

Given the decreased number of guests arriving, some medical team volunteers have searched for free or low-cost health services in cities where the guests will live. This last-mentioned mother in addition to pregnancy/miscarriage care will need evaluation of and treatment for sexually transmitted disease – to say nothing of care related to trauma.

This is a sample of daily stories at Casa Alitas Welcome Center.