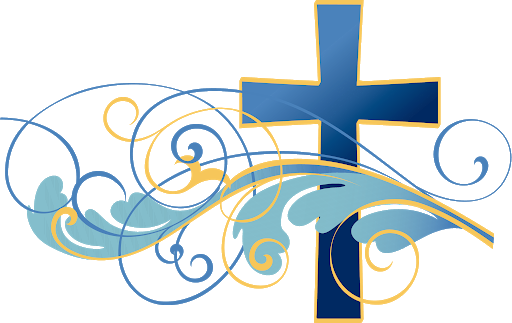 The Sisters of St. Agnes join with each of you in recognizing the Easter truth that urges us to greater hope, resilience and determination.  We honor our Christian beliefs that encompass the goodness of all of creation.

"Our insistence that each human being is an image of God should not make us overlook the fact that each creature has its own purpose. None is superfluous. The entire material universe speaks of God’s love, his boundless affection for us. Soil, water, mountains: everything is, as it were, a caress of God.” (Laudato Sí # 84)

Credit for the first Earth Day goes to Wisconsin Senator Gaylord Nelson. In 1970 he watched people protest the Vietnam War. He thought that people failed to pressure the government to fix the damage done to the planet by oil spills, pesticides, and deadly smog. He enlisted support from all sides of the political spectrum, and on April 22, 1970, Earth Day was born.

The Ignatian Solidarity Network, Jesuit Conference of the US and Canada, Catholic Climate Covenant, Global Catholic Climate Movement and the Sisters of Mercy are sponsoring a 21-day environmental justice challenge April 23-May 16. Each day will focus on a particular topic with educational resource, prayer resource and call to action. Topics include solidarity with the resisters of Oak Flat and Line 3, the disproportionate harms of air and water pollution on Black and brown communities, heat disparities with climate change, environmental racism and factory farms, and the efforts of water protectors in Honduras and land defenders in the Amazon rainforest and Boreal forest in Canada. You may learn more and register here.

Monarch butterflies are pollinators that play a vital role in ecosystems all over North America. But in the past year alone, monarch butterfly populations have dropped by 26%.

Planting milkweed is an important and sustainable activity for all ages to enjoy.

In caring for creation, we begin with protecting human life.
→ The Justice Department will issue a proposed rule within 30 days to “help stop the proliferation of ghost guns,” according to the White House. These untraceable guns are made from kits or 3D printers. Gun-control advocates have called for background checks on sales of these increasingly popular kits.
→ DOJ will also issue a new proposed rule that will state that “stabilizing braces” attached to pistols turn those weapons into short-barreled rifles. Short-barrel rifles are are more strictly regulated by the government.
→ Over the next 60 days, DOJ officials will draft model “red flag” legislation for states. These laws -- also known as “extreme risk protection orders” -- allow families or law-enforcement officials to seek a court order temporarily preventing someone from access to guns if they present a danger to themselves or others.
→ The Biden administration will put more money and resources into community violence prevention programs. The American Jobs Plan calls for $5 billion for such programs.
→ DOJ will issue a new report on illegal weapons trafficking, updating a 20-year-old federal study.
→ President Joe Biden will nominate David Chipman to run ATF. Chipman worked at ATF for 25 years, and he’s now a senior policy adviser at Giffords, the pro-gun control group started by former Rep. Gabby Giffords (D-Ariz.).

Let your legislator know where you stand.

From Georgetown University Initiative on Catholic Social Thought and Public Life:
An online Dialogue on Immigration Challenges and Choices: People, Principles, and Policies.
Thursday, April 15, 2021, 11:30 CDT.  On April 15, the day of the discussion, all who have RSVP’d will receive an email with a link and step-by-step instructions on how to join the livestream.  RSVP HERE

"That was the question from the angels poised outside the empty tomb to the faithful women who had arrived to perform the sad but reverent ritual of giving a proper anointing to the already buried body of Jesus. How could they grasp the startling meaning of those words?"
- Bishop Stowe

Is that a question that we must answer in our time? Read the Pax Christi message from Bishop John Stowe, OFM Conv., Bishop-President of Pax Christi USA, HERE