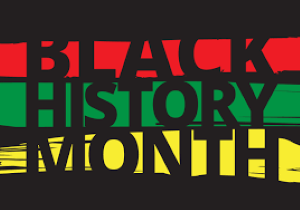 Gloria Jean Watkins, better known by her pen name bell hooks, is an American author, professor, feminist, and social activist. The name "bell hooks" is borrowed from her maternal great-grandmother, Bell Blair Hooks. The focus of hooks' writing has been the intersectionality of race, capitalism, and gender, and what she describes as their ability to produce and perpetuate systems of oppression and class domination. She has published more than 30 books and numerous scholarly articles, appeared in documentary films, and participated in public lectures. She has addressed race, class, and gender in education, art, history, sexuality, mass media, and feminism.  Among her works are:

The House Judiciary Subcommittee on the Constitution, Civil Rights, and Civil Liberties will hold a hearing on H.R. 40, the Commission to Study and Develop Reparation Proposals for African-Americans Act, on February 17, 2021. The 9:00 a.m. CT hearing will examine the legacy of slavery, its continuing impact on the Black community and the path to reparative justice. The virtual hearing will stream live here  For more information read this Washington Post  article: "Uncomfortable truth’: The new push for a slavery reparations commission in Congress"

Just a week ago two people in my hometown of Kewaskum, WI, were killed by their own guns by a man without a gun who overpowered them. Do guns protect or perpetrate more and more killings?

A Commonweal article by Dominic Preziosi highlights the worsening gun problem in the United States. Anxiety and anger spurred by the pandemic, last summer’s racial-justice protests, and the presidential election are all thought to be reasons why 8.5 million previously unarmed Americans purchased weapons in 2020. Read "American Arsenal"

From International Campaign for the Rohingya:

As Myanmar’s generals look for revenues to prop up their new dictatorship following the February 1 coup, there’s one source of money they can count on: natural gas projects backed by foreign investors including Chevron. Chevron is the largest U.S. corporate investor in Burma (Myanmar). Sign the petition demanding that Chevron stop bankrolling the Myanmar military.

Join a webinar on Thursday, February 18, 2021 at 1 - 2 PM CT, titled "Impacts of COVID-19 on Immigrant Communities and Catholic Responses."  To register click HERE.

In recent days an alarming number of asylum seekers, including children and pregnant women, have been deported to Haiti despite efforts by the Biden administration to put a moratorium on all deportations. This is happening during a pandemic and a growing, violent political crisis in Haiti. Urge President Biden to stop the deportations to Haiti. Take Action.

At least 53 million Americans live within three miles of a proposed or designated Superfund site, where hazardous waste has been dumped, spilled or left out. This toxic pollution is costing the American public. Living near these toxic waste sites is linked to a higher incidence of cancer, birth defects and other diseases. And, to make matters worse, taxpayer dollars are funding toxic waste cleanup programs.