2020 Marks the 75th Anniversary of
Bombing of Hiroshima and Nagasaki

The following comes from the Leadership Conference of Women Religious. I have included it in its entirety. Among all of the other crisis the world is facing the threat of nuclear annihilation holds the severest consequences. 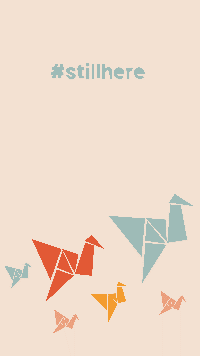 During his visit to Nagasaki and Hiroshima last November, Pope Francis made an impassioned appeal for the total elimination of nuclear arms, “In a world where millions of children and families live in inhumane conditions, the money that is squandered and the fortunes made through the manufacture, upgrading, maintenance and sale of ever more destructive weapons, are an affront crying out to heaven.”

This August marks seventy-five years since the United States conducted nuclear attacks against the cities of Hiroshima and Nagasaki, Japan, devastating their populations and destroying their infrastructure. Following their use in Japan, the production and testing of nuclear weapons in the United States and internationally continues to harm the health, environment, and cultures of communities around the world.

In this time of pandemic, people have come to realize more fully the deep interconnections and mutual dependence of life on Earth. Many are beginning to rethink national security and questions national priorities.

Today, nine countries still possess nearly 14,000 nuclear weapons, enough to end all life on the planet many times over.  Unlike the coronavirus, maintaining and expanding international nuclear arsenals, and the threats they pose to the world, are a choice nuclear-armed countries make.

While it is fitting to mourn the lives lost to COVID-19, this anniversary also invites people around the world to stand with the hibakusha, the survivors of the bombings in Japan, and other communities harmed by nuclear weapons.

This 75th anniversary is an opportunity to come together, to reflect, and to push for a more just world that values peace and the safety of all people.

LCWR has joined #stillhere, a coalition of anti-nuclear organizations who share a common goal of ridding the world of nuclear weapons and standing with the hibakusha.

We also invite you to join The Peace Ribbon campaign. It is yet another way to commemorate the 75th Anniversary of the Bombings of Hiroshima and Nagasaki and to raise awareness of the imminent threat of nuclear weapons. Pax Christi USA has taken a lead on this project as its contribution to the ongoing effort begun by Justine Merritt and carried forth by The Ribbon International that seeks to keep Justine's vision of a nuclear free world alive.