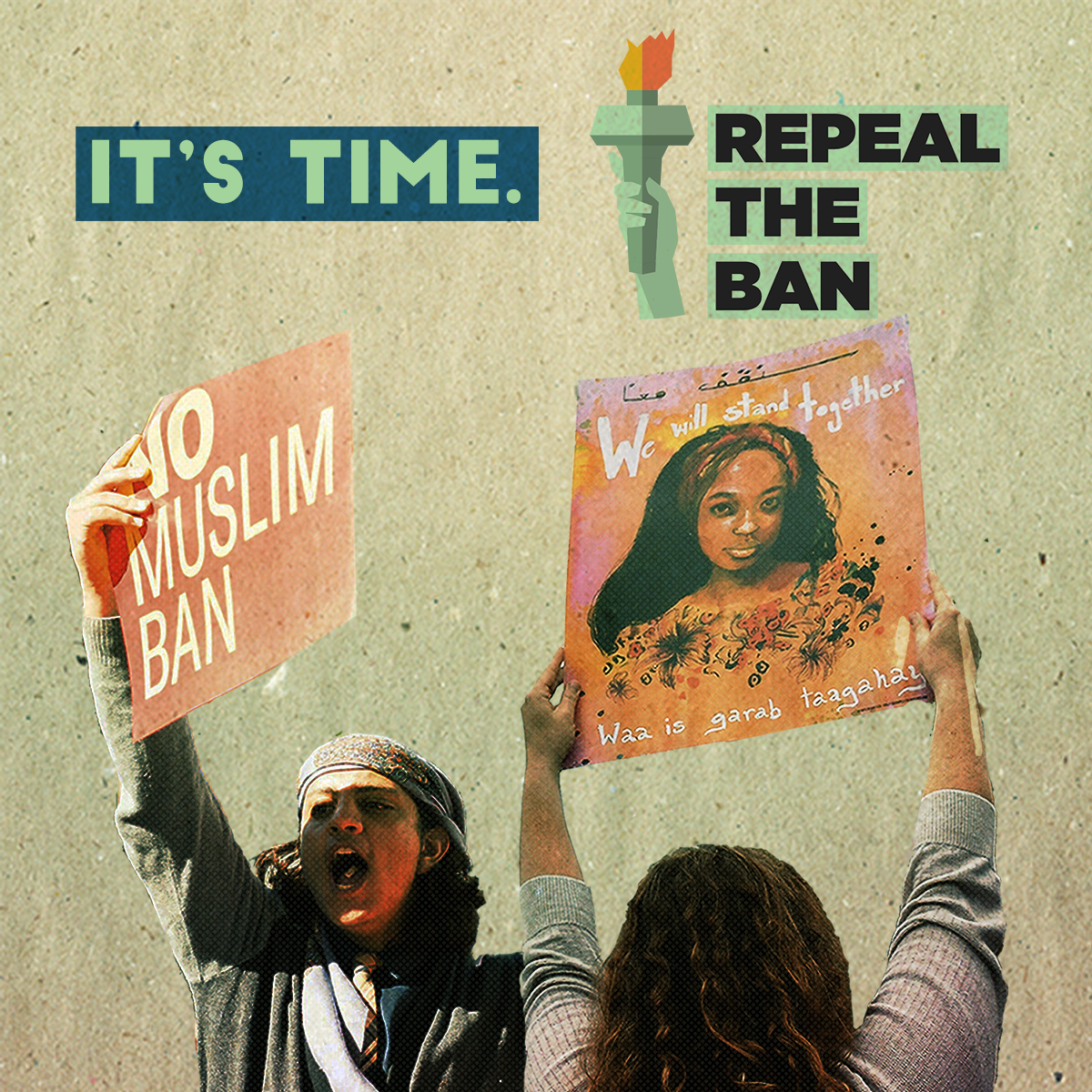 On Wednesday, July 22nd, the House of Representatives will vote on the National Origin-Based Antidiscrimination for Nonimmigrants Act (NO BAN Act), which would end the harmful refugee, Muslim, African, and asylum bans put in place by this administration. This bill would also establish vital protections against future discriminatory bans. Your Representative needs to hear from you today. Tell her or him to vote YES on the NO BAN Act.

CONTACT YOUR REPRESENTATIVE TODAY—Call the Capitol Hill switchboard (202) 224-3121 and ask to be connected with your U.S. Representative.

Sample text: My name is [NAME]. I’m your constituent from [CITY/TOWN], and as a person of faith [and a Catholic sister], I urge you to stand against hate and vote for the NO BAN Act (H.R. 2214). This bill would ensure that no one is banned from our country because of their religion or nationality. In the last three years, the administration has repeatedly tried to ban refugees, asylum seekers, and Muslim and African neighbors from the United States. My community feels the negative impacts of these immoral and wrongful bans that continue to tear apart families. No one should be blocked from entering the country just because of their faith tradition or where they come from. My community welcomes refugees, asylum seekers, and immigrants, and I urge you to do the same.

Background
The NO BAN Act (National Origin-Based Antidiscrimination for Nonimmigrants Act – HR 2214) was crafted in response to the arbitrary and capricious actions of the Executive Branch whereby entire groups of people were banned from entering the United States based on factors such as religion or country of origin. This legislation limits the president’s authority to suspend or restrict entrance into the United States and terminates certain presidential actions implementing such restrictions. It also prohibits religious discrimination in various immigration-related decisions, such as whether to issue an immigrant or non-immigrant visa.

Shortly before the bill was scheduled for a House vote in March 2020, language was added to address the coronavirus pandemic by expanding the definition of public safety to include communicable disease. Unfortunately, this language builds on the long-standing stereotype of migrants as carriers of contagion. This is ironic as the United States is the global hotspot for the virus with the largest number of confirmed cases and deaths. Also, since March the Trump administration has used the Immigration and Nationality Act (INA), specifically section 212 (f), to impose COVID-19 related immigration bans.

While the NO BAN Act has its limitations, immigration advocates are supporting passage of the bill as written, with no amendments.
Amplify your message on Social Media:
Don’t forget to tweet at your Members of Congress. Please click here for social media guidance including graphics and images, as well as sample posts below: