Home > About Us > CSA Statements
Select a Profile 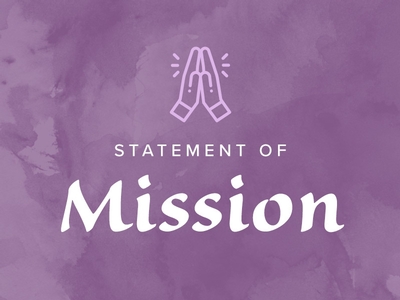 We, the Sisters of St. Agnes, participate in the mission of Christ by joyful service in the Church, always aware that we, too, are among the needy and are enriched by those we serve.

Inspired by our founders--by the missionary zeal of Father Caspar Rehrl, the courageous initiatives of Mother Agnes Hazotte and the spiritual influence of Father Francis Haas--we continue to respond in our own times to those whose faith life or human dignity is threatened.

Rooted in Christ through prayer and worship we serve in both rural and urban settings throughout the United States and in Latin America.

We strive to minister with simplicity and hospitality in the fields of education, health care, pastoral ministry and social service.

We are committed to transformation of the world, the Church and ourselves through promoting

Love binds us together, and by sharing our lives and our faith in community, we support one another to live with singleness of purpose: that among us and in our world the Risen Christ be discovered and revealed. 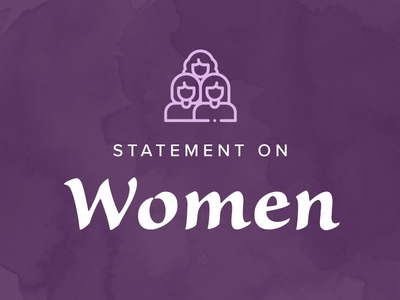 We, the Sisters of St. Agnes, commit ourselves to furthering the role of women in church and society. Our deep and vital union with God calls us to discern our distinct contribution as a community of women religious to the ongoing transformation of the world. We recognize the reality of oppression in the lives of women and the effect of that oppression on the dignity and rights of all people.

We commit ourselves, therefore, to work for justice and reconciliation endeavoring to:

Cultivating Inclusive Spirituality
Engage with colleagues in the process of theological reflection, recognizing our human experience as the starting point of reflection.
Use inclusive language and imagery in songs, prayer forms and worship in our community gatherings and those public gatherings sponsored by CSA.

Promoting Educational Opportunities
Search out existing resources and design, for use at the local level, a model of adult education for women which enhances personal strengths and skills, and enables women to pursue further education of their choice.

Networking to Transform Structures
Come together on local settings with women of various backgrounds and experiences to share problems and struggles, and to use our mutual strengths to develop alternatives and find resources. By networking in this manner, CSA members and other women can confront their prejudices, build solidarity, and empower each other to change oppressive structures. 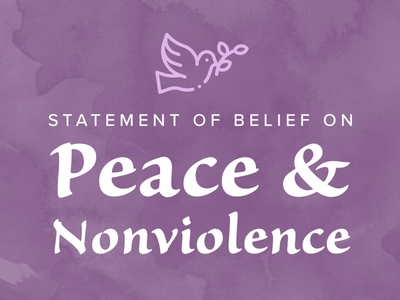 Statement of Belief on Peace & Nonviolence

The Congregation of Sisters of St. Agnes released the following statement January 20, 2002, to coincide with the feast of our patroness, St. Agnes, and the national holiday honoring Martin Luther King, Jr., and his commitment to nonviolence. In it, we wish to share who we are and what we believe. 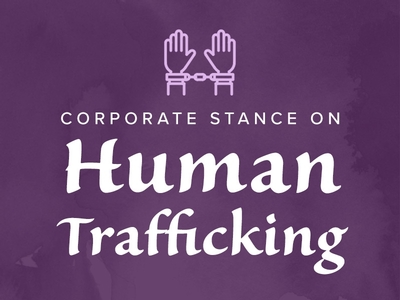 The Congregation of Sisters of St. Agnes stands in solidarity with the victims of human trafficking and takes a corporate stance against the trafficking of women and children for sexual exploitation.

Corporate Stance
Adopted by the Congregation on the Feast of St. Agnes, January 21, 2007
Affirmed by the CSA USA Associate Community on November 11, 2020​​​​​​​

Corporate Stance on Care for Earth

In light of the growing impact of climate change on the global community, we, the Congregation of Sisters of St. Agnes, honoring our interdependence with all of God's creation and in a spirit of nonviolence, personally and communally renew and recommit to care for Earth, home of all living creatures.

We commit to actions that:

Corporate Stance
Developed by the Justice Peace and Integrity of Creation Committee
Adopted by the Congregation May 31, 2016
Affirmed by the CSA USA Associate Community on November 11, 2020 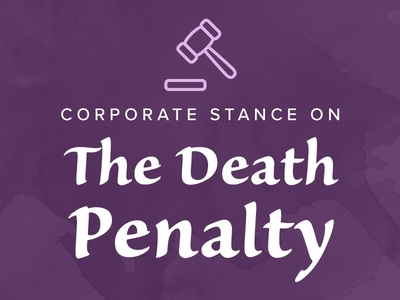 Corporate Stance on the Death Penalty

CSA goes on record as being opposed to the death penalty.

Approved by CSA in November 2006
Affirmed by the CSA USA Associate Community on February 2, 2021

As Co-Creators in our world, we believe that nuclear arms are destructive of life in all forms and contrary to the Gospel message. Be it resolved that we, the Congregation of St. Agnes of Fond du Lac, Wisconsin, 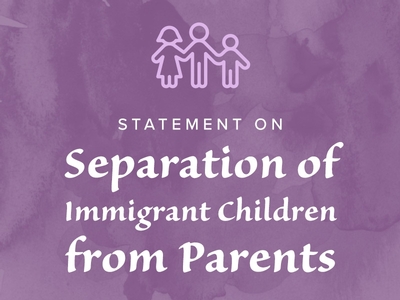 Statement on Separation of Immigrant Children from Parents

In observance of World Refugee Day on Wednesday, June 20, the leadership of the Congregation of Sisters of St. Agnes issues the following statement in response to the practice by immigration officials of separating immigrant children from their parents at the border of the United States and Mexico.

The Sisters of St. Agnes urge an immediate end to the morally reprehensible practice of immigration authorities separating children from their mothers and fathers at the US-Mexico border.

We learn of heartbreaking stories of children being taken into government custody, separated from parents who are sometimes sent to far-flung detention centers with no way of communicating with their children for days or weeks. Parents and children suffer agonizing uncertainty about whether they will be reunited. This speaks of a nation that has lost its moral compass.

We call on President Trump to stop his Administration’s “zero-tolerance” policy of filing criminal charges against immigrants, including families seeking asylum from gang violence, rape, or political persecution. In solidarity with the United States Conference of Catholic Bishops we urge Congress to enact long-overdue immigration reform that enjoys broad public support and reflects American values, such as protecting young Dreamers and keeping families united.

Additionally, we support protecting foreign aid, which is vital to supporting refugees around the world, as well as efforts to address the root causes of migration and displacement. 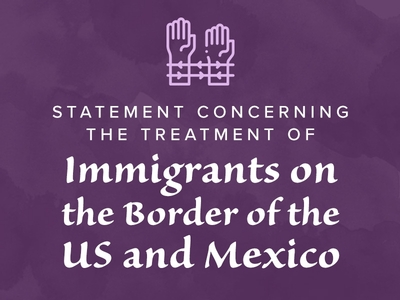 Statement on the Treatment of Immigrants on the Border

Congregation of Sisters of St. Agnes Statement concerning the treatment of Immigrants on the Border of the United States and Mexico

The Congregation of the Sisters of St. Agnes stands with those whose faith life and human dignity are threatened, and we denounce in the strongest possible terms the unconscionable mistreatment of Immigrants, especially children,  on the U.S.-Mexico border while in U.S. custody, and call on our elected leaders to take all measures necessary to provide them with adequate food, shelter, and healthcare, and in the case of these children, to reunite them with their families.

That these persons, but especially children – infants, toddlers, youngsters – reportedly have been subject to horrific overcrowding, hunger, lice infestations, sleeping on concrete floors, and other unhygienic and inhumane conditions is an assault on our human decency and fundamental moral values.

All people, regardless of their country of origin or legal status, are made in the image of God and should be treated with dignity and respect. We can and must remain a country that provides refuge for children and families fleeing violence, persecution, and acute poverty.

As Members of Congress take steps to address the urgent humanitarian crisis on the border created by this Administration’s cruel approach to immigration, the top priority must be to ensure the welfare and wellbeing of these vulnerable people especially the children now and into the future.

The Leadership Team of the Congregation of the Sisters of St. Agnes, 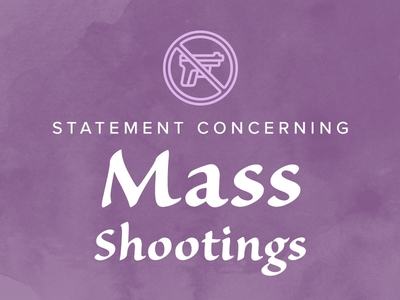 The Sisters of St. Agnes are deeply saddened over the most recent mass shootings in our country. We grieve with the entire country over the numerous senseless tragedies which arise out of hatred and fear. And we condemn the hate-filled rhetoric and racist ideologies that fuel violence.

As a religious community that has lost three of our members to acts of violence, we have long been committed to prayer and action in the promotion of peace and non-violence.  We will not accept mass shooting as the new normal and join the many voices demanding sensible legislation that works for the good of all people, not for the powerful few.  We demand a ban on the sale of high capacity weapons and magazines, and we request universal background checks and mandatory waiting periods prior to the purchase of firearms.

We ask people to commit to prayer accompanied by action, such as writing and calling state and national leaders to put the welfare of people first.

Our commitment to non-violence extends to those who commit acts of violence.  We believe that we are called to treat all people with dignity and value.

The Leadership Team of the Congregation of the Sisters of St. Agnes, 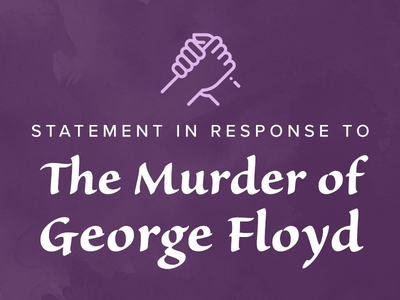 Statement in Response to the Murder of George Floyd

In the spirit of our CSA Statement of Mission which reads, “we continue to respond in our own times to those whose faith life or human dignity is threatened”, we strongly condemn the police-killing of another black man on the streets of our nation. We mourn with the family and friends of George Floyd, Breonna Taylor, Ahamaud Arbery, David McAtee, and all the others who have lost loved ones to law enforcement violence. The continued killing of black people; the constant harassment of people of color; and the denial of the rights and dignity of our black neighbors must end now.

We recognize the sin of racism and the terrible reality and frustration of those suffering from our nation’s 400-year history of institutionalized racism. In that spirit we…

Grieve injustice in our world.

Stand in Solidarity with our sisters and brothers of color

Acknowledge our own privilege.

Support those assembled in peaceful protest.

Pray for an end to violence.

Unite ourselves with others to dismantle racism.

The Leadership Team of the Congregation of Sisters of St. Agnes
Director, Office of Justice Peace and Integrity of Creation, CSA
Issued June 3, 2020

We, the Sisters of St. Agnes, grounded in a contemplative heart, God’s mission and our charism, embrace with courage our call to articulate the identity of CSA as it interweaves with the reality of the 21st century. We face our future with honesty and hope as the congregation engages in

Incarnating what we profess

Strengthening mutual relationships between and within Nicaragua/USA

Guiding decisions regarding the stewardship of resources 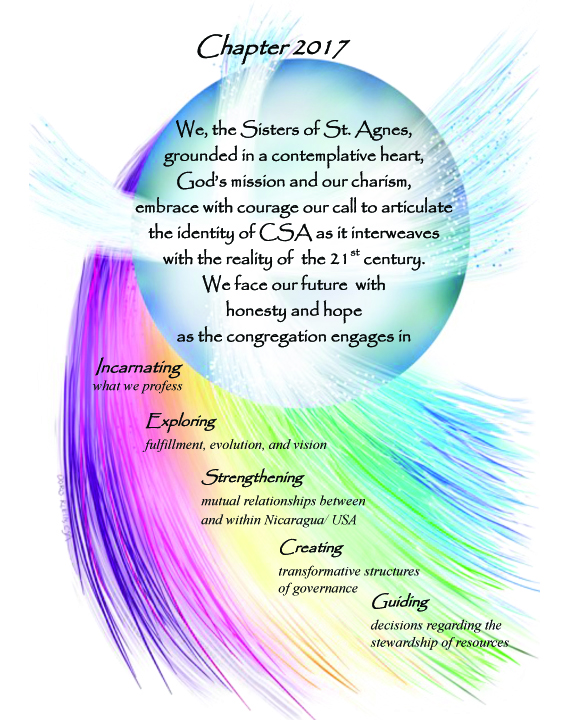 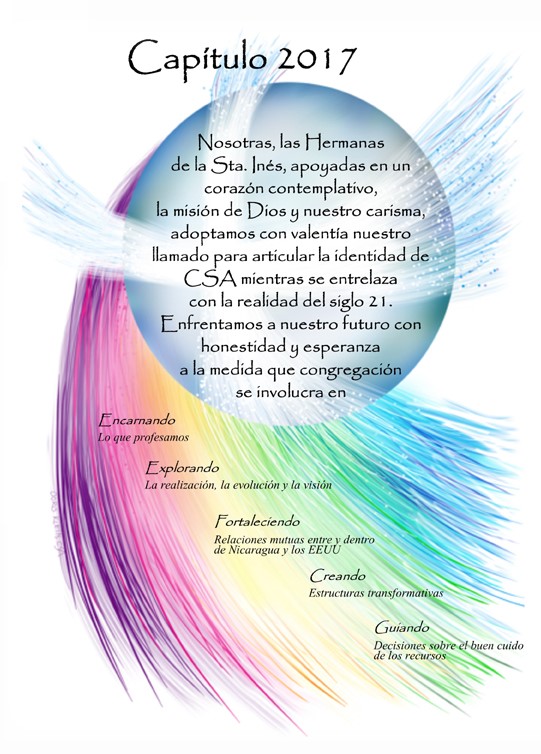