From its beginnings in 1858, the Congregation of St. Agnes has regarded one living site as its central house. The location of this house, called the motherhouse, has varied over time in order to adjust to changing needs and circumstances. "We regard the motherhouse as the heart and home of the congregation, where we may always come to renew ourselves and deepen the bond that unites us." [Constitutions, 48] 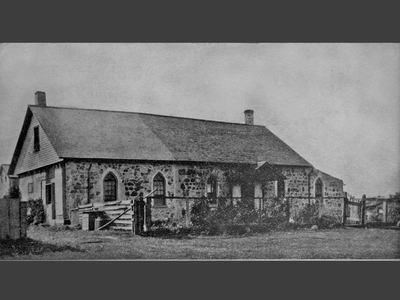 St. Agnes Convent was originally located in Barton, Wisconsin, a small village near the west bend of the Milwaukee River.

The fieldstone convent was originally the home of village founder, Barton Salisbury, and the land included 40 acres of woodland and 20 acres of farmland. When the sisters first moved in, the building had no stove and their beds were blankets spread over straw ticks. 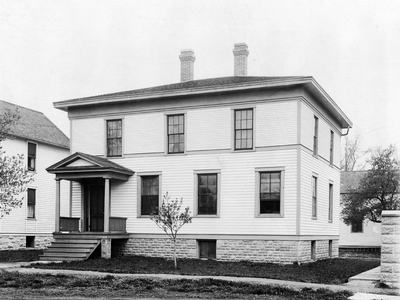 In 1870, Mother Agnes Hazotte moved the small community of women to property on Division Street in Fond du Lac, a growing city on the south shores of Lake Winnebago. This two-story house was joined with a barn and granary on the site, then remodeled to house the sisters and to provide space for a school. It was used by the congregation for varied purposes for more than a century. As the city adjusted street names, the address of the convent changed. It is now located at 269 First Street and no longer has a front porch. 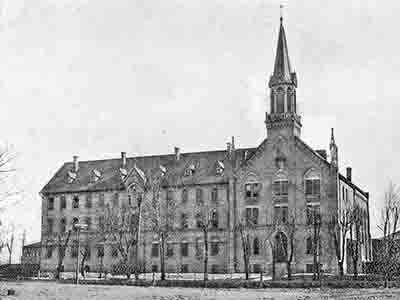 The congregation thrived, increasing in membership and expanding its outreach to cities and villages stretching from New York to Kansas and Michigan to Texas. Additions were made to the 1877 building in 1887, 1909, and 1935. From 1936 until 1966, Marian College of Fond du Lac was housed within the St. Agnes Convent complex. 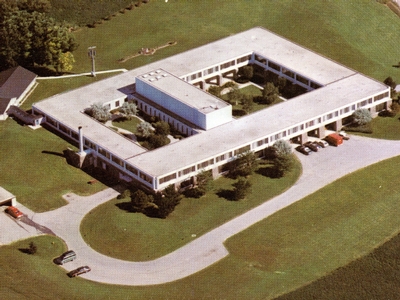 Once again, in March 1999, the address of St. Agnes Convent was changed. Sister-residents and the offices of the congregation shared space and found a temporary home at 1755 East Johnson Street, often referred to as Nazareth Heights. 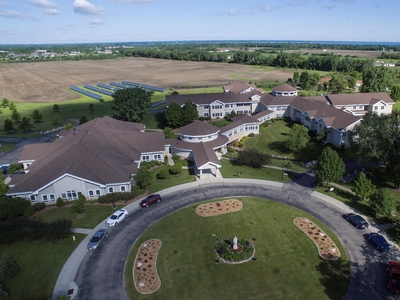 The three hundred acres of motherhouse land include native prairie, tall grasses, wetlands, ponds, and a new planting of oak and hickory forests. The attention given to the environment reflects the congregation's ongoing concern for Earth. On this site, the new administrative center and community residence is designed to facilitate the congregation's commitment to its mission and to welcome and refresh all its members and guests in a setting of peaceful beauty.

Of the six buildings that served as motherhouses for the Sisters of St. Agnes, three are still standing today. They are:

The first motherhouse in Fond du Lac was originally a farm house (a Fond du Lac square located at 265 Sheboygan Street) and served as the CSA convent between 1870 and 1877. After the sisters built and moved into the large motherhouse on Division Street, the caretaker of the new motherhouse, Bert Feldner and his family moved into the farm home. At that time all heating, water, and other utilities were connected with the new motherhouse. When the Feldners eventually purchased the home (around 1945) Mr. Feldner installed a completely new and independent utility system.

After the death of Mr. Feldner in 1965 his wife lived in the home until the early 1970s. During that time she offered her home for the use by guests of the sisters.

In 1972, Mrs. Feldner sold her home to Marc Werner, an electrician at St. Agnes Hospital who installed aluminum siding and new windows.

When Boyle Home was replaced by St. Francis Home in March, 1978, the sister-staff commuted between their home on Arndt Street and St. Francis Home. Mr. Werner offered to sell the house back to CSA so that the sisters would not have to commute to work. For 12 years, 1978-1990, the house again served as a convent for a small group of sisters.

In 1990, to make room for the expansion of St. Francis Home and to build St. Clare Terrace, the house had to be moved or demolished. Instead of demolition, it was donated to ADVOCAP to be used as housing for the poor.